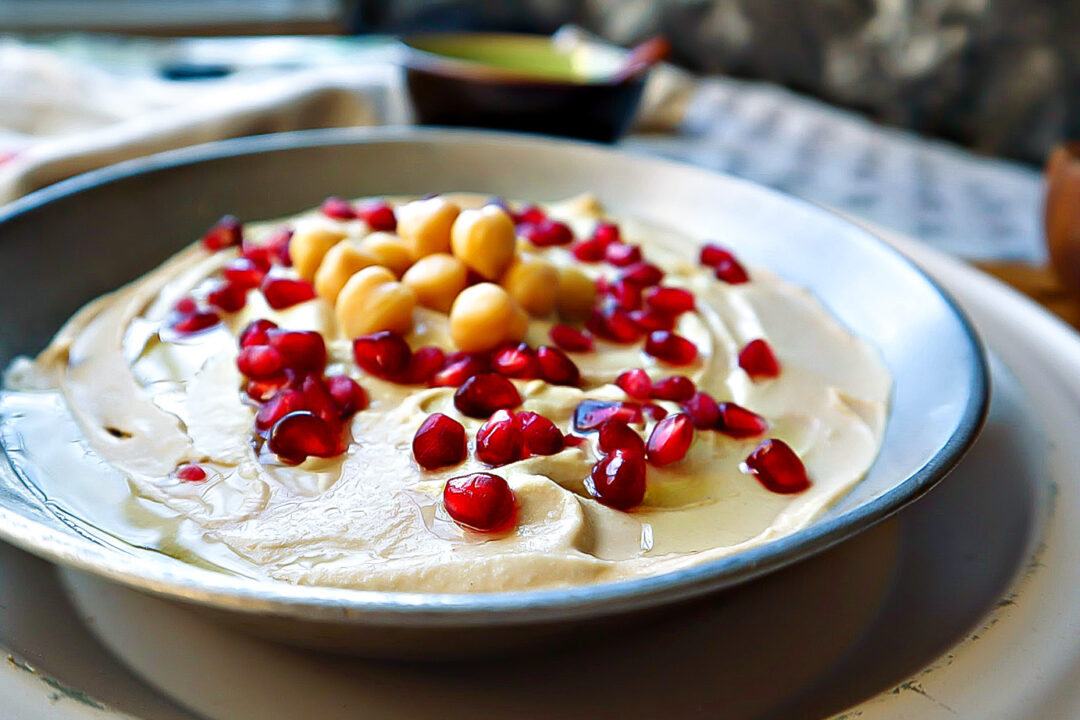 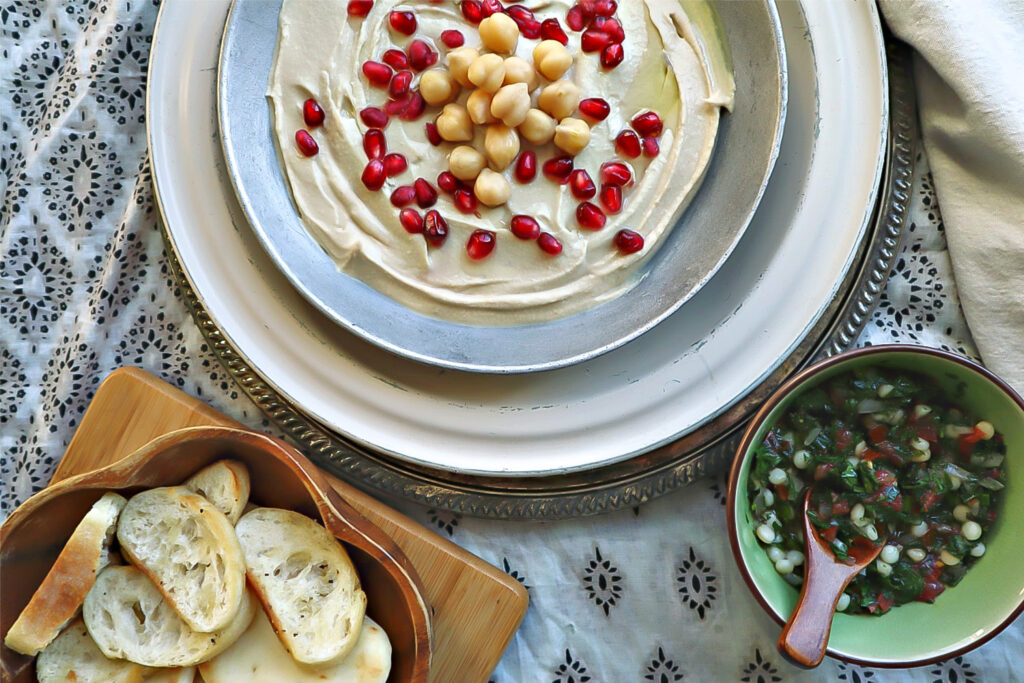 I have been a hummus fan since I was about….19 years old. Before then, I had no idea this delicious stuff even existed. My first bite was UNREAL.

Where in the hell has this been my whole entire life? WHY has no one introduced this to me before? I was full of repetitive, yet truly unnecessary, questions while I inhaled this creamy delicious gift from the Heavens. I was at a small, family owned place called Naji’s in Birmingham, and I quickly discovered that they nailed this, along with their popular pita bread, Tabbouleh and Baba Ganoush.

Needless to say, I was quite the Naji’s fan from then on. 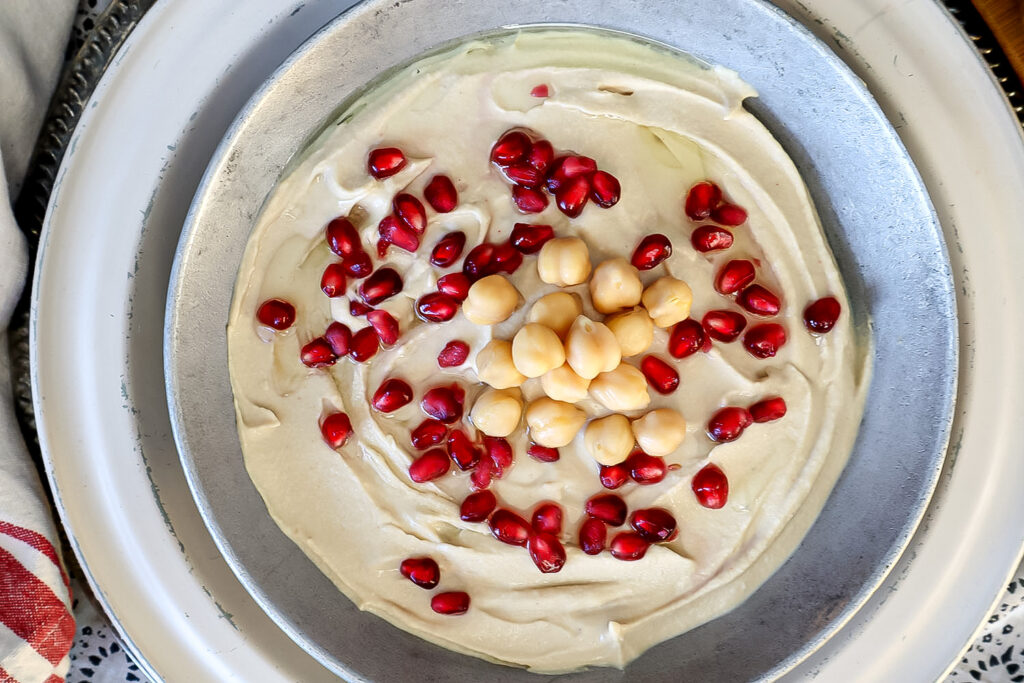 At that point, I decided to dig in my pockets and pay 10 damn dollars for some tahini and make my own hummus.  🤦🏻‍♀️

Yes, I’m bitching about the cost of tahini, but seriously it lasts for a long time unless your a huge tahini fan.

So, my first batch of hummus was a chunky mess that just would not become smooth, and I could not get the taste right to save my life. After a few batches, I got close, but I did NOT get anywhere near close to the consistency I was trying so damn hard to achieve. There was something I was missing, and I would miss for a couple of years until I ran across an article that discussed peeling garbanzo beans.

That’s when it hit me – those little bastards need to be naked.

Once I started peeling them, my hummus game started getting better. The garbanzo bean skins make it difficult to get a super smooth, creamy hummus. 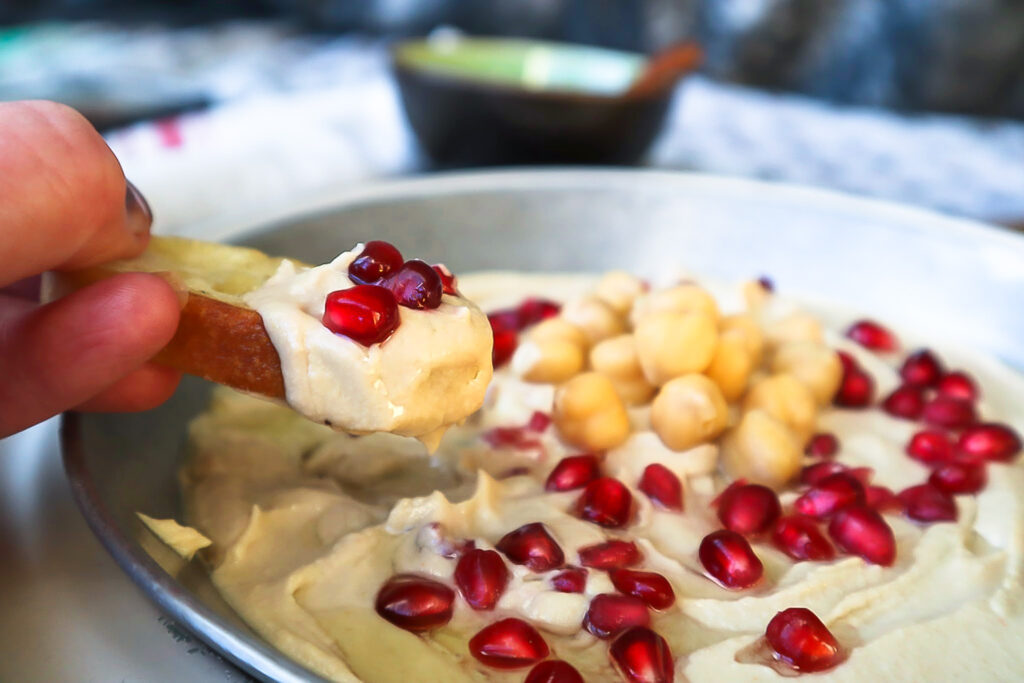 Peeling them isn’t a big deal at all. If you’re using canned, drain and rinse them, put the in a pan of water and boil for about 5 minutes, drain and let them cool. Once you start handling them, the skins fall right off. 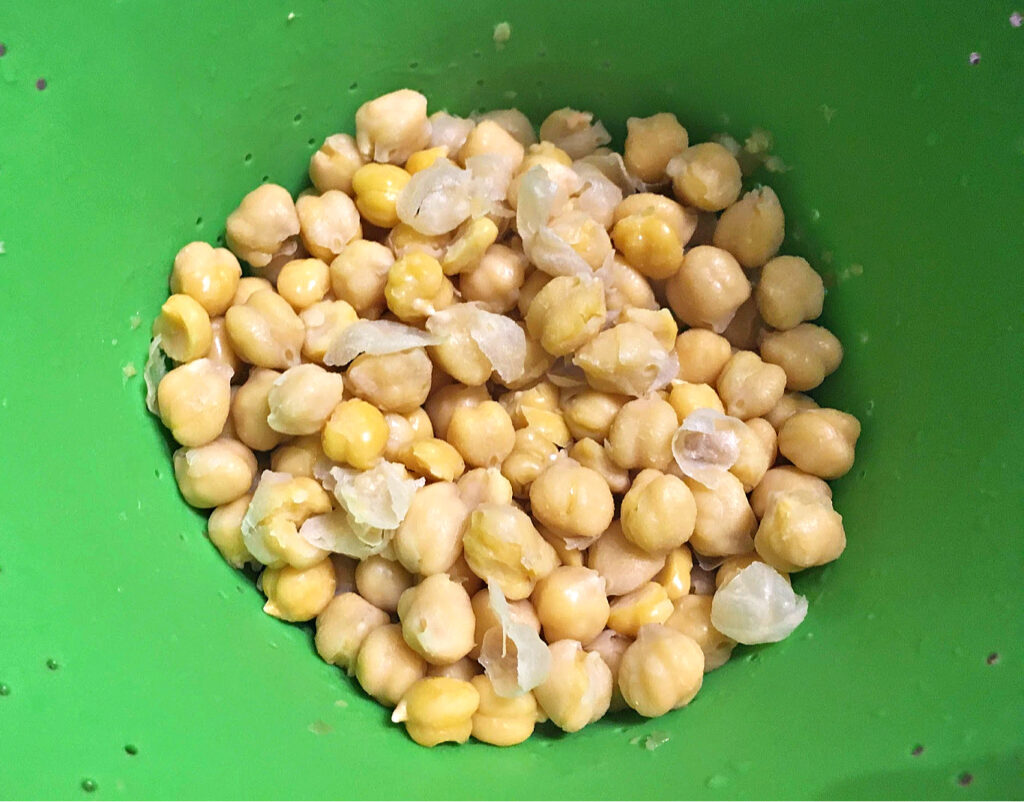 If you’re one of those people that like to peel and pop, this will be your new jam. Except for the fact that there’s no popping here. It almost becomes addictive, like peeling skin after a sunburn. I know, gross. But you all do it just like me and you know it.

Over the past few years, I’ve made many, many batches. I think one of the mistakes that some people make while making hummus is being afraid of lemon. You cannot be afraid of lemon here. As far as the consistency, it’s gonna be thick. Thick as shit. You need to drizzle olive oil in towards the end while the food processor is going, and test it, then add more water, and oil, if needed. Just add a little at a time, then process.

You don’t necessarily have to use water as a thinner. Chicken stock would work, too, but keep in mind it may impact flavor. Depending on your hummus, you can add liquid that will accent the flavor and thin it out. 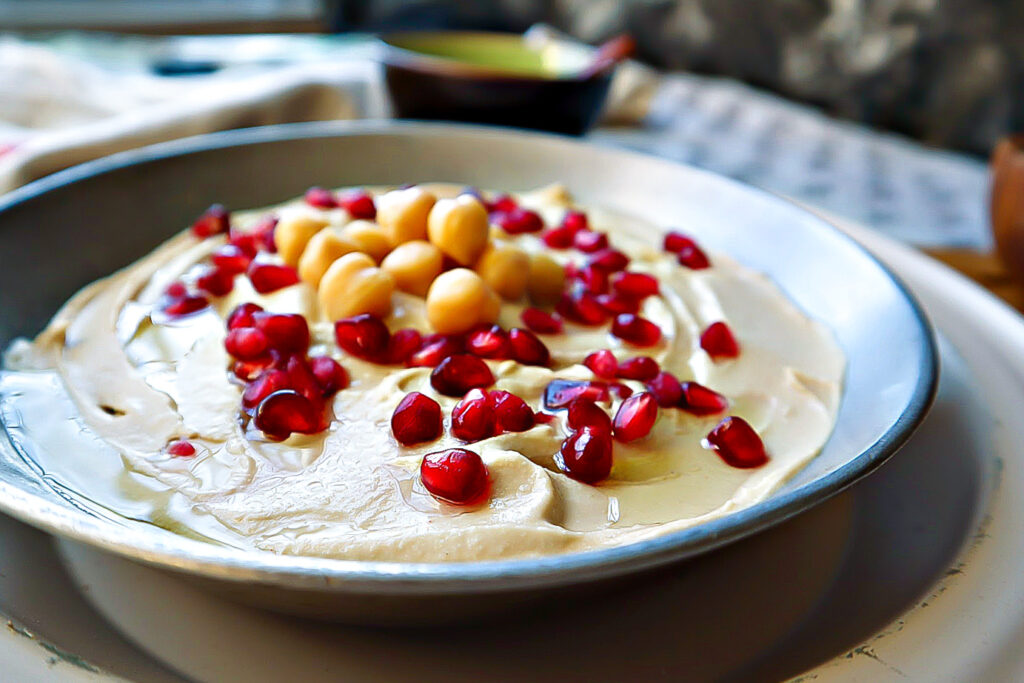 I chose pomegranate because, well, it’s in season, I adore it, and my hummus needed something different added to it. THIS is now my new favorite. It’s SO DAMN GOOD! You have to make it. I’ll be posting a tutorial video very soon about cutting a pomegranate and removing the arils.

Letting the pomegranate arils stay in the fridge will allow juice to accumulate in the bottom of the bag.

We are a participant in the Amazon Services LLC Associates Program, an affiliate advertising program designed to provide a means for us to earn advertising fees by linking to Amazon.com and affiliated websites. 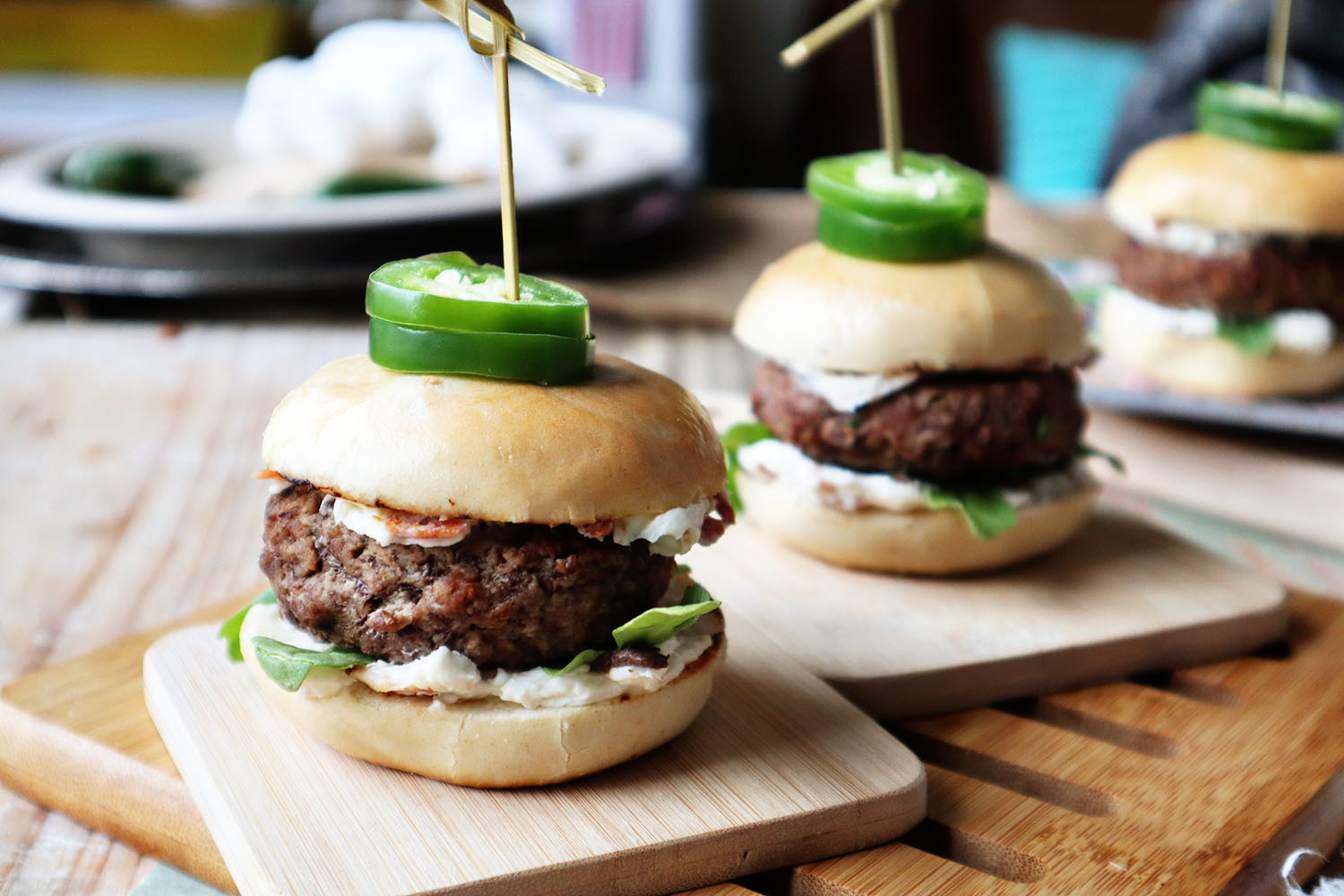