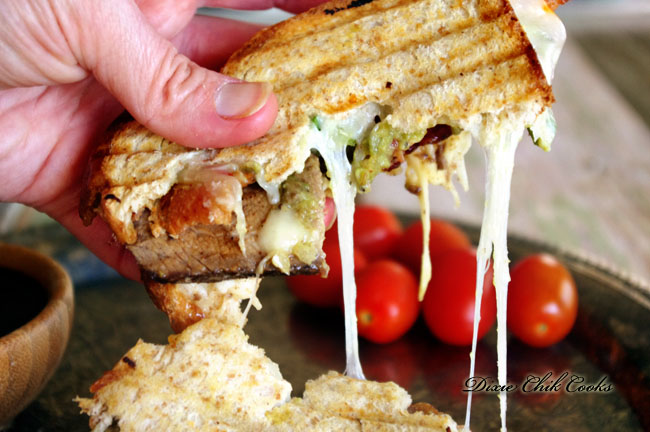 Steak and Bacon Panini with Guacamole

I love when this happens. 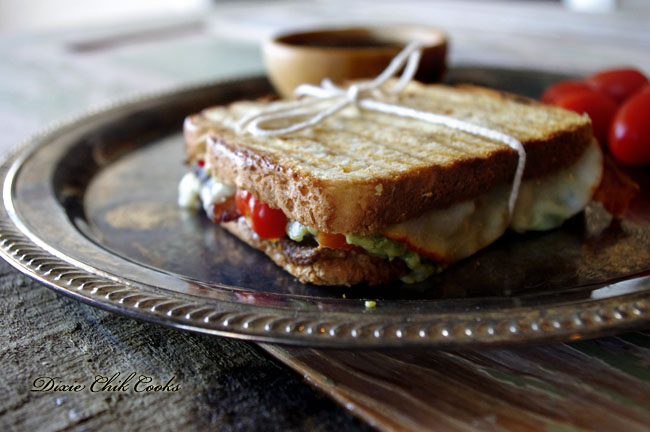 You know, when your leftovers go straight Rock Star.

I was just trying to use up some leftover flank steak the other day, and I was starving. 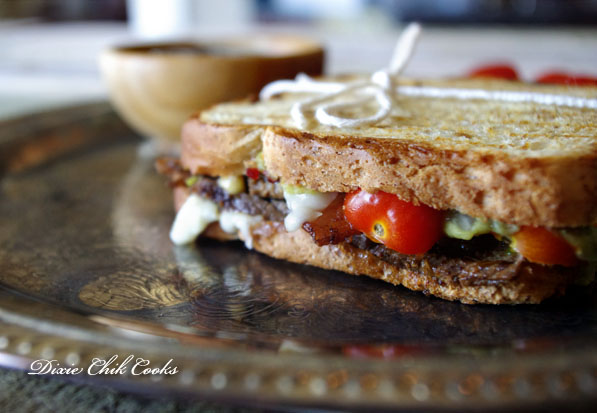 Starving = Your Food Will Taste Amazing.

I don’t even remember what I made with the flank steak the night before.

But, the steak was so.much.better. than the night before. I won’t lie, this was a cheap cut of meat. The cheaper the meat, the more difficult it is to make tender. But, I sprinkled it with salt, simmered it in a little beef broth, covered and simmered it on low for about 20 minutes. 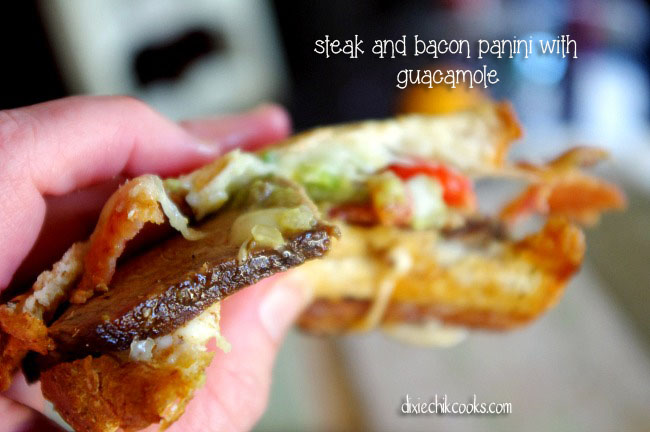 It sliced like buttah and made one hell of a panini. 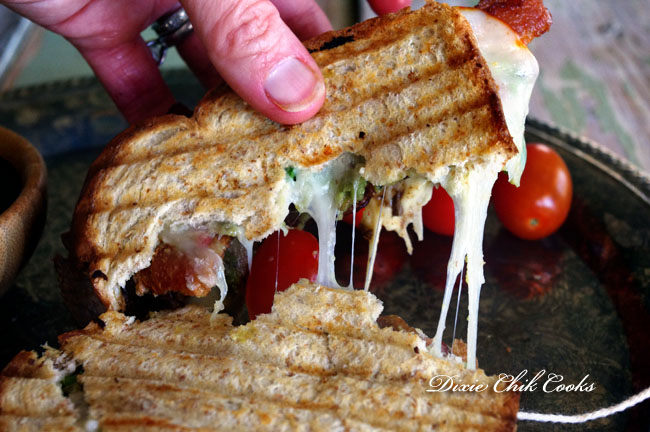 This was so good – like, I can’t describe it good. Nobody was home at the time and I had no witnesses to this insanity. 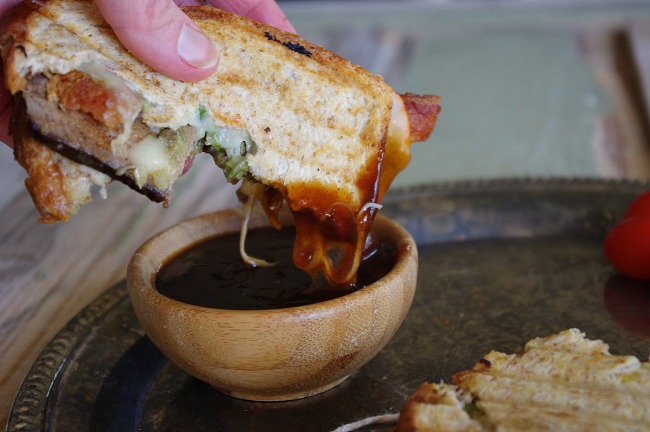 The Muenster cheese is a key element here. Don’t skimp on it.

Oh, and the BBQ sauce.

This is crazy deliciousness. 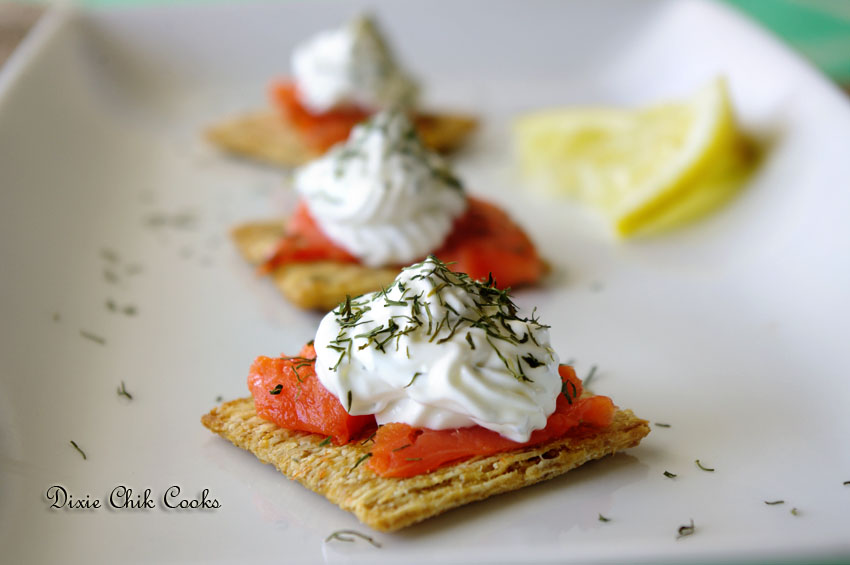 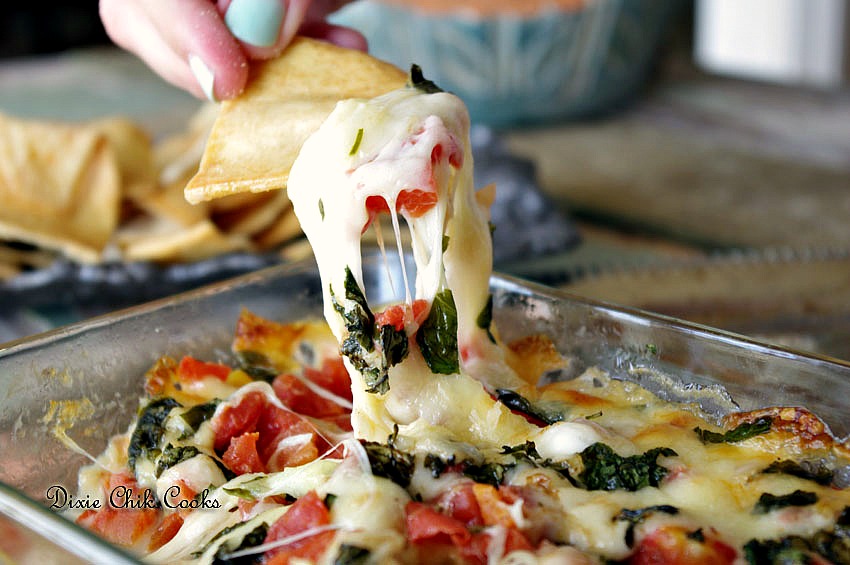 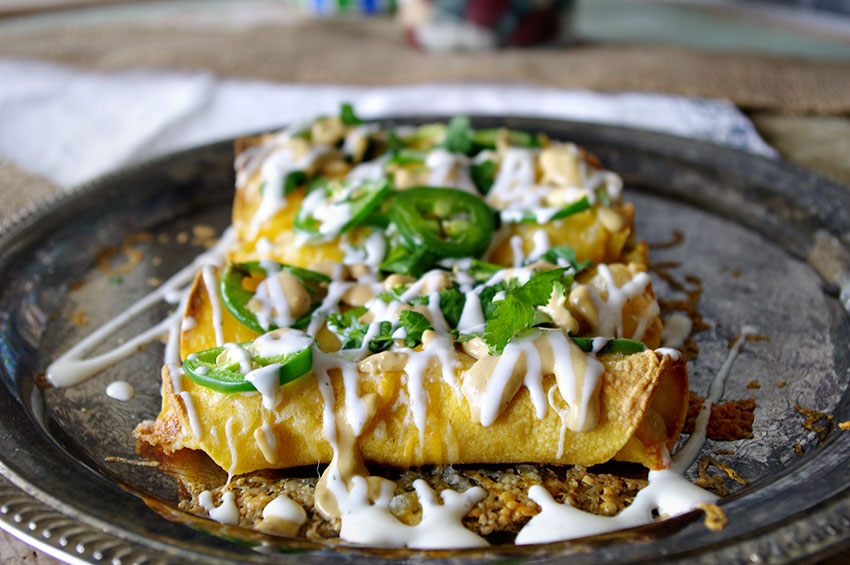