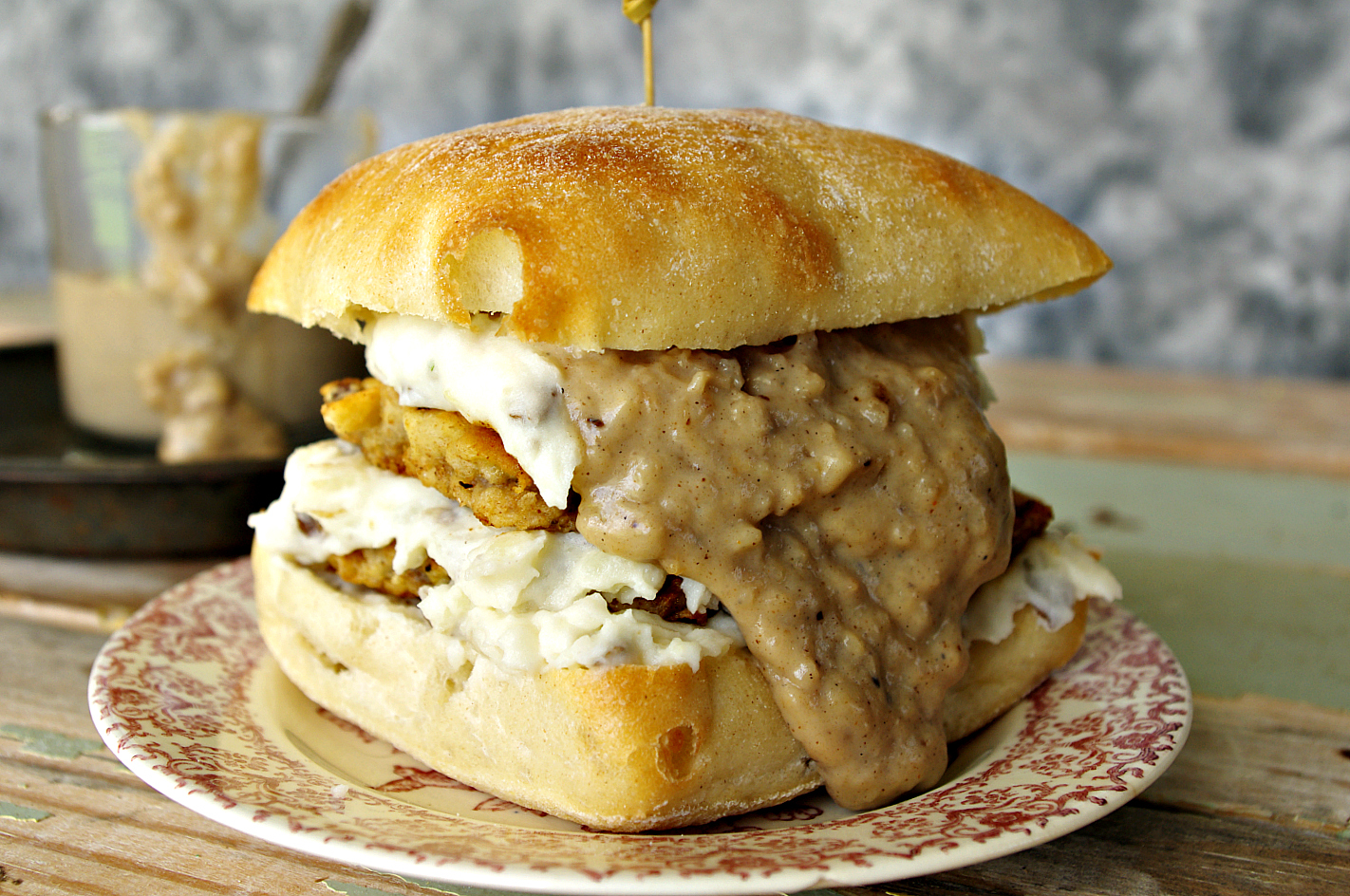 This isn’t something I planned. 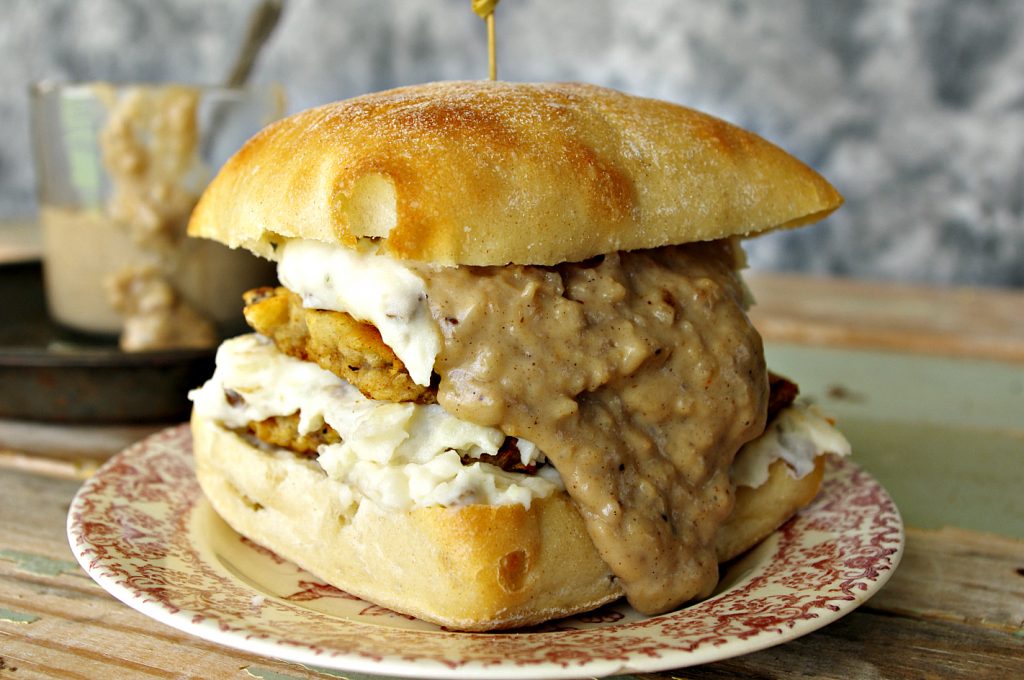 It just happened after a very sweet patient of mine brought me some venison a while back. I love it when people bring me food! This was the first time I’ve ever had cubed venison steak.

It was so tender; and I wasn’t expecting that because when I think cubed steak, I think tough and chewy and ew, but not this stuff. It was so tender I could cut it with a fork. Not even kidding. 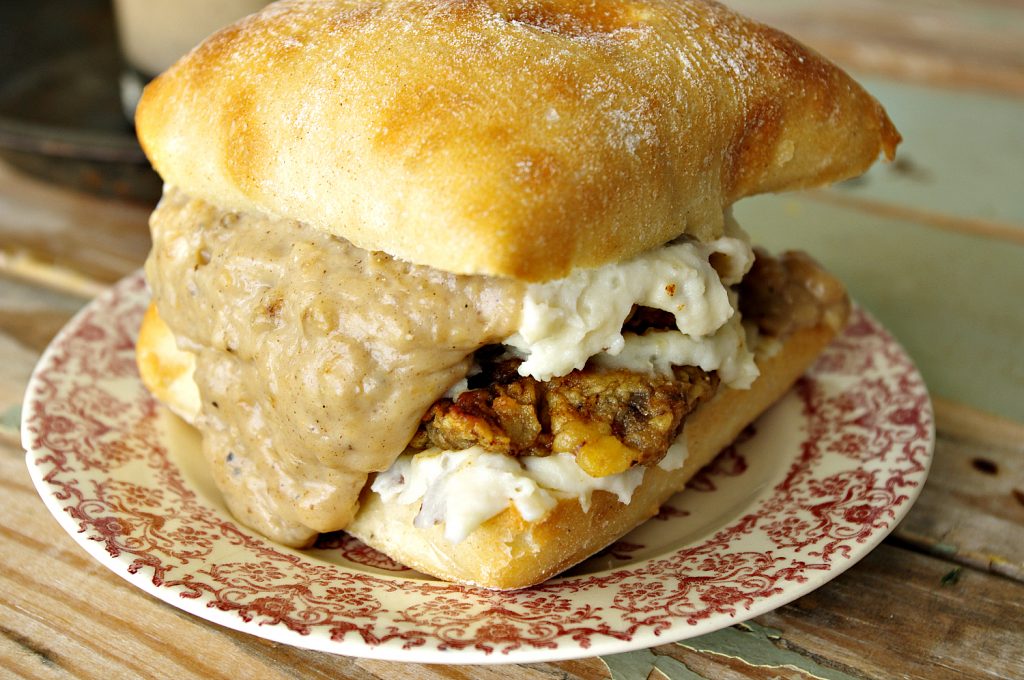 I seasoned the cubed steak with Jerk seasoning and let it sit overnight, breaded and fried it. I put it on a Ciabatta roll topped with mashed potatoes and gravy. The Jerk seasoning isn’t something you typically see when it comes to cubed steak, but it really works.

It’s so simple, but insane at the same time. 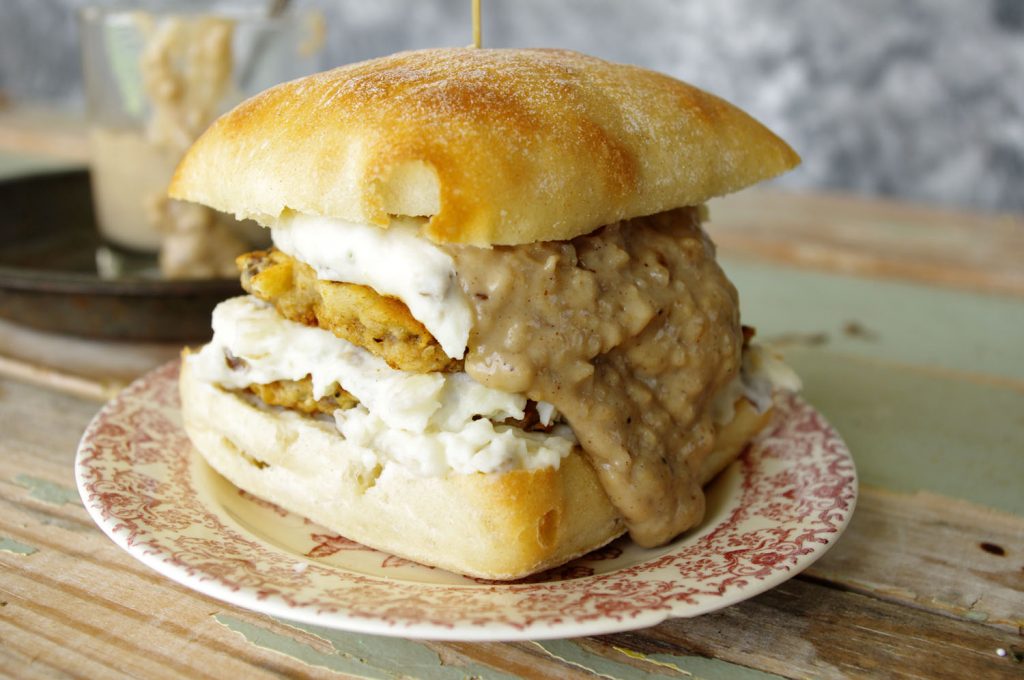 OMG that gravy. I know this is obvious, but please don’t rinse the pan out before making it. The Jerk seasoning and little bits left from the steak make it sooooo good. 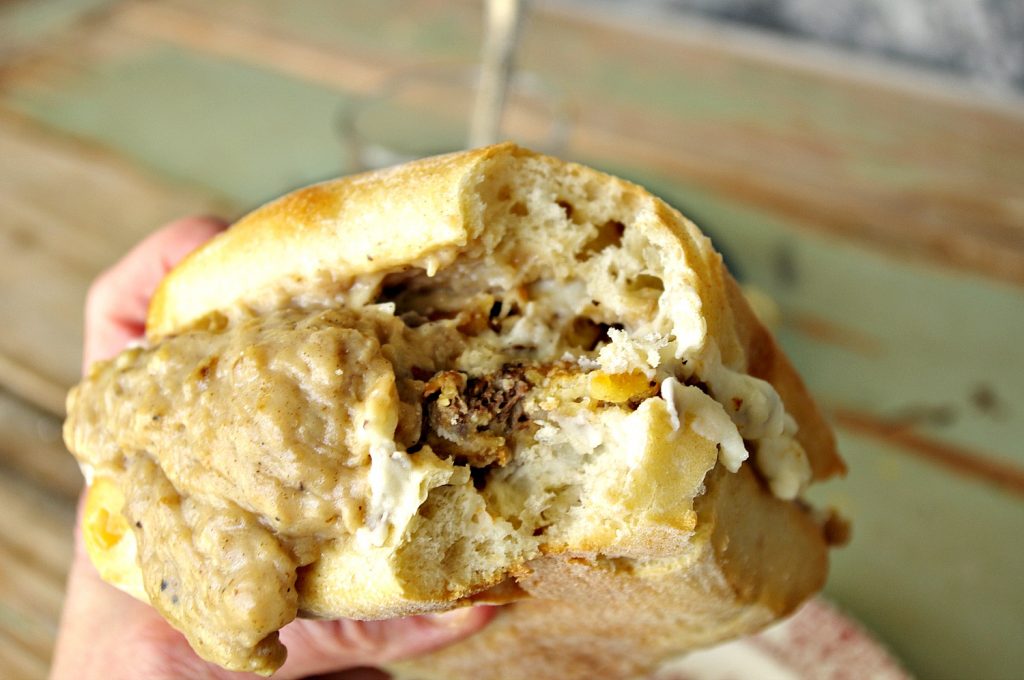 THIS is serious comfort food. 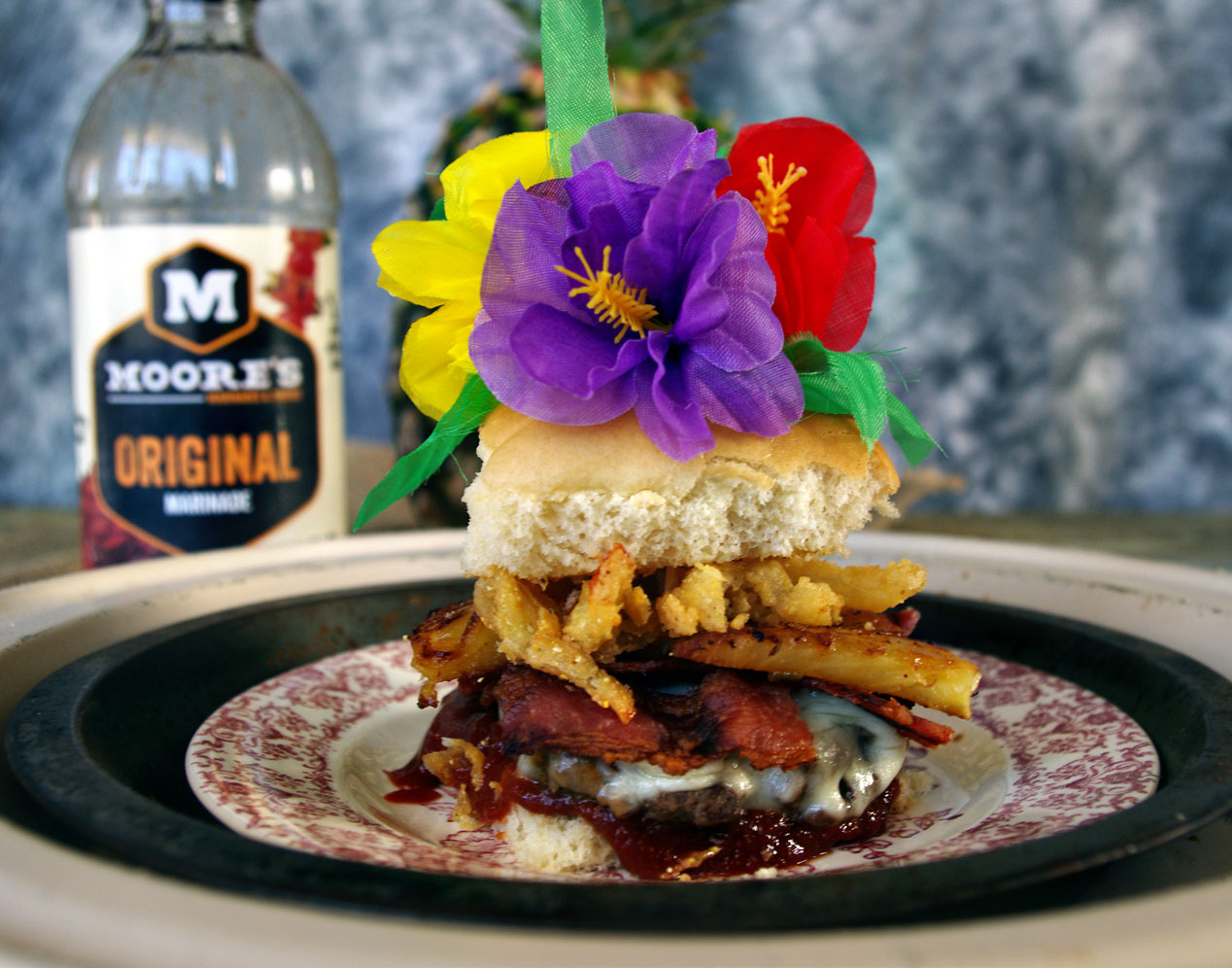 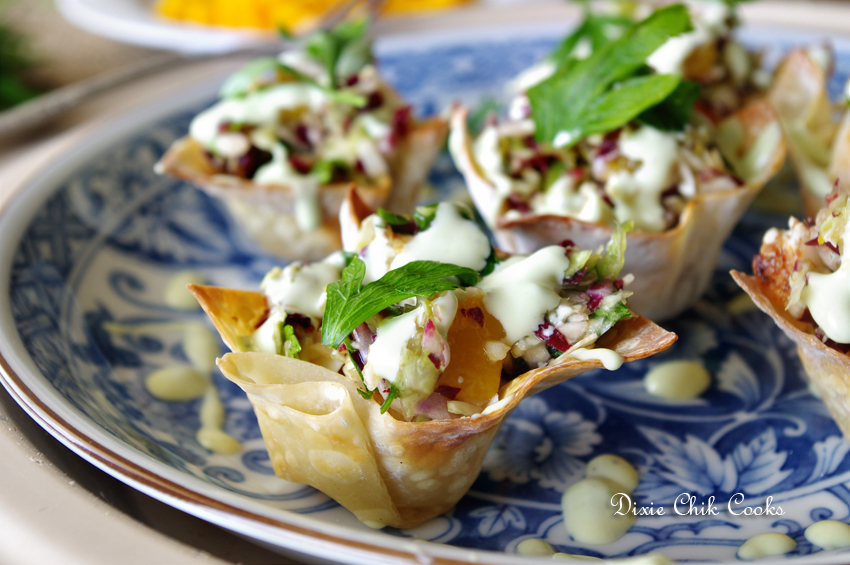