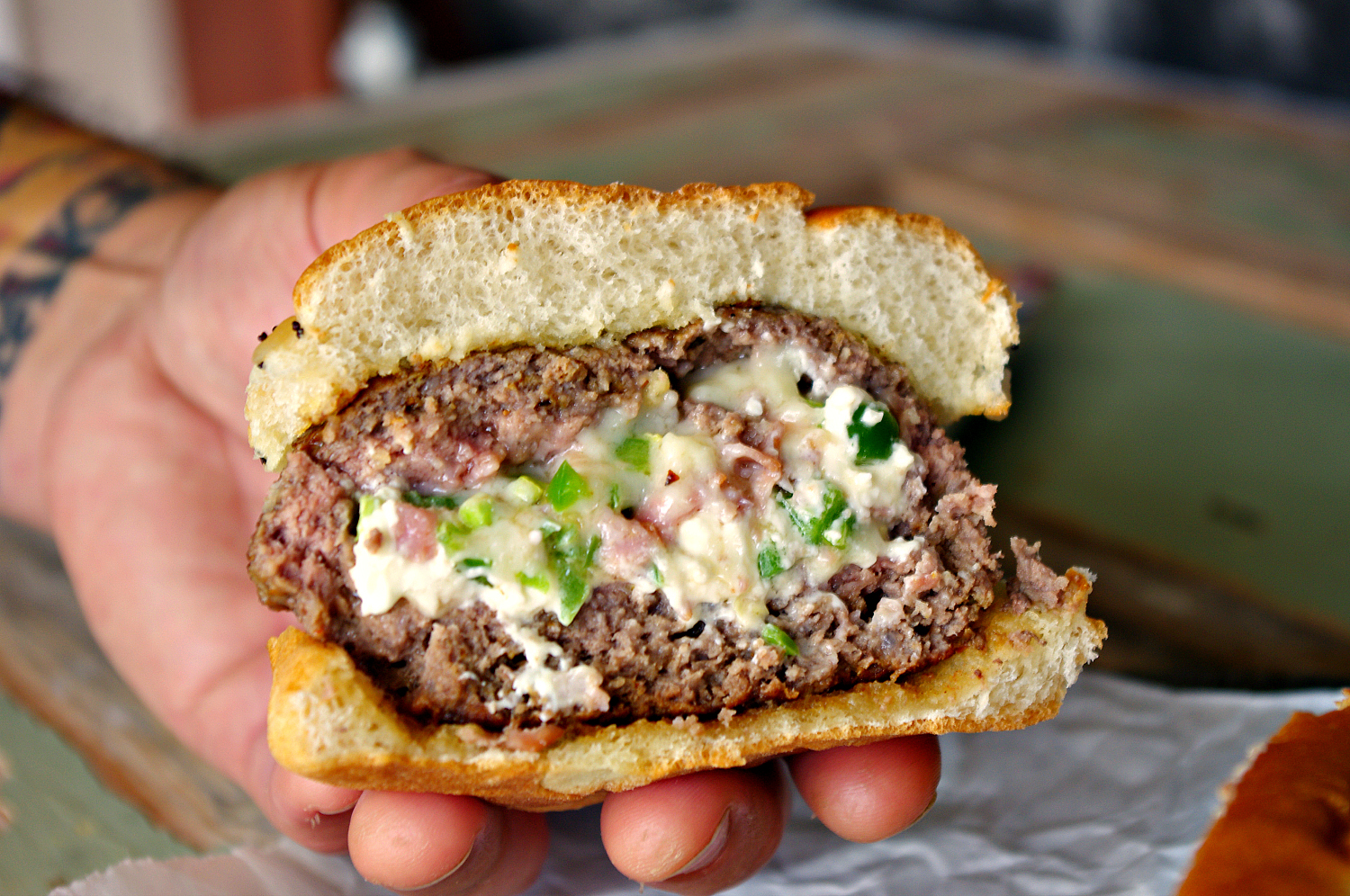 That wasn’t a typo. It’s not beer can chicken.

It’s a beer can burger. 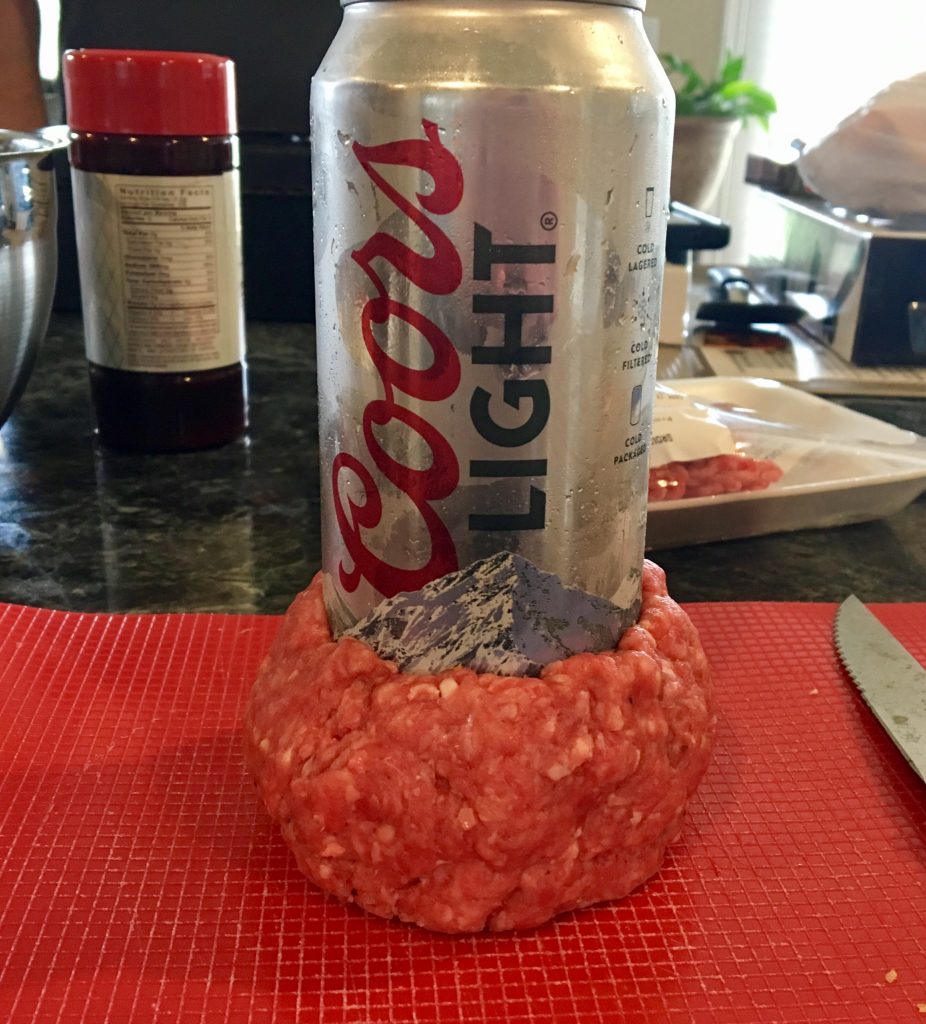 Basically, you’re forming a burger patty and shoving a can of beer in the center, and wrapping the sides around the bottom of the can to form a well.

It’s actually fun, and what you stuff it with it is only limited by your imagination. After you wrap the meat around the beer can, remove the can and fill it with whatever the hell you want to.

This one I decided to stuff with jalapeno popper goodies.

I didn’t use bacon because my experience with using it as a stuffing hasn’t exactly been fantastic – it became kind of limp and weird. I still achieved the taste I was looking for, however, with black forest ham, jalapeños, cream cheese and white sharp cheddar. 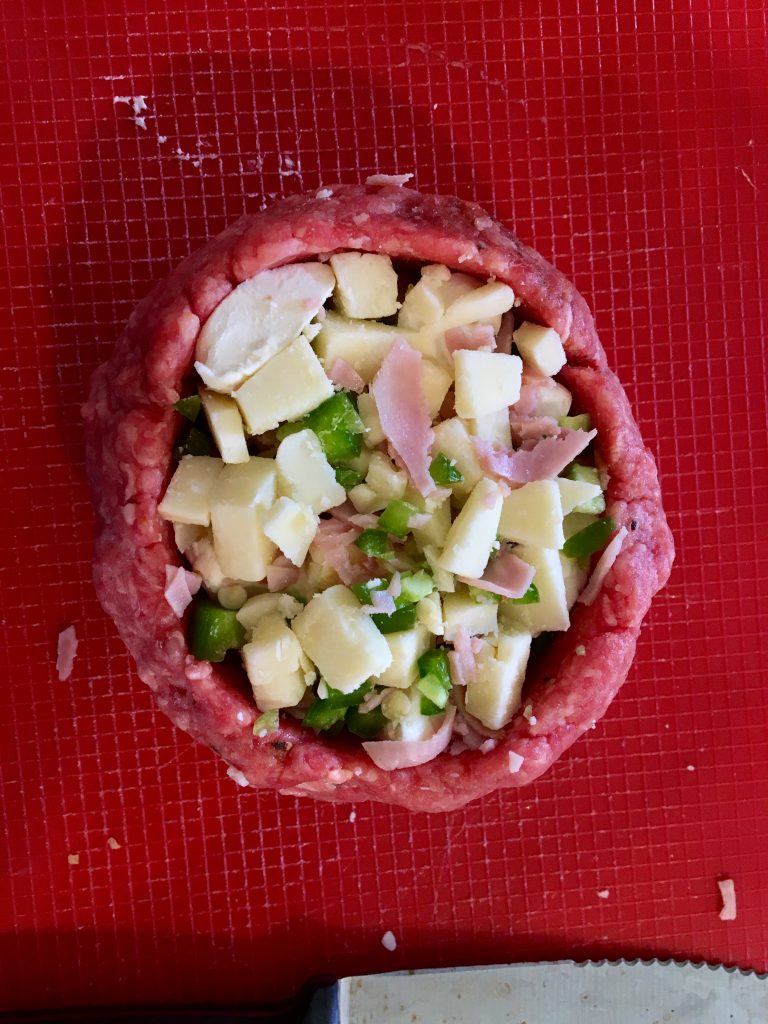 I probably should have actually wrapped them in bacon, but I didn’t think about it until these were made. Soooo, I’ll definitely be doing that next time to see how that works out.

After you fill your little “well”, you make another burger and carefully place it on top, sealing the edges. 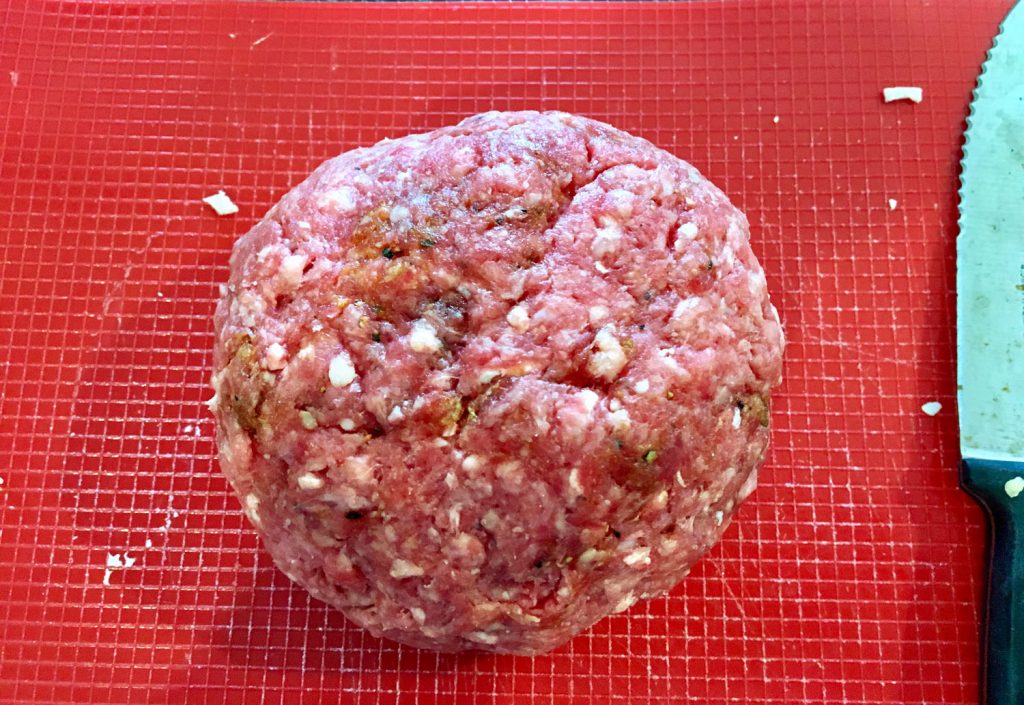 Then grill or pan fry. If you pan fry, make sure to cover it after you flip it so the center gets done. 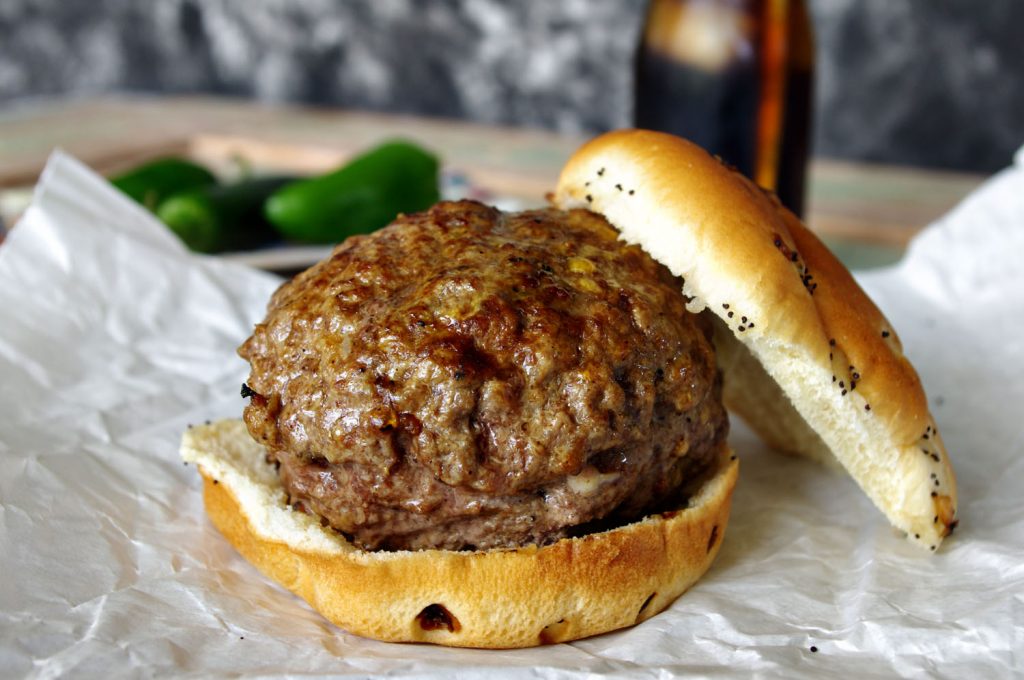 I discovered this stuffed burger using a beer can from Kelly at Wildflour’s Cottage Kitchen. She’s a good friend and fellow food blogger that makes some pretty amazing food. Check her out.

This burger is exceptional.

I’ve made so many, I know, but this one truly is special.

The filling in this burger held together very well. I was a little worried about it, mainly because of the cream cheese, but it did amazing.

I also made this amazing buttermilk cilantro lime sauce, and although you don’t need it for this particular burger, it’s damn good. 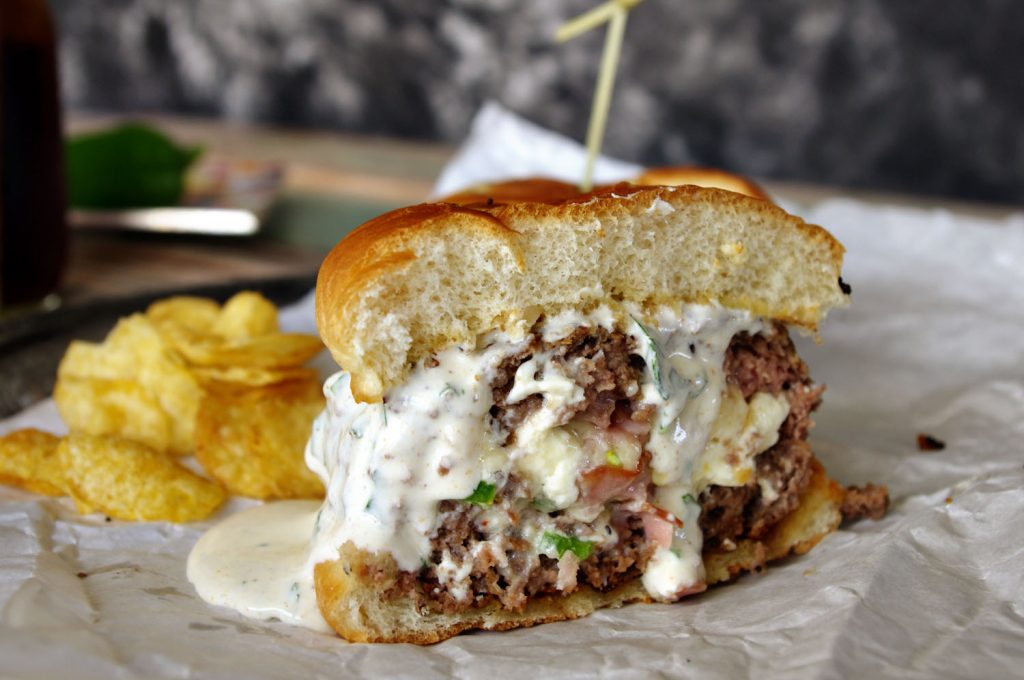 I almost piled a bunch of things on like lettuce and tomato, but I decided to taste it as it was, and it really was enough. I think if I added anything else it would have taken away from the taste. 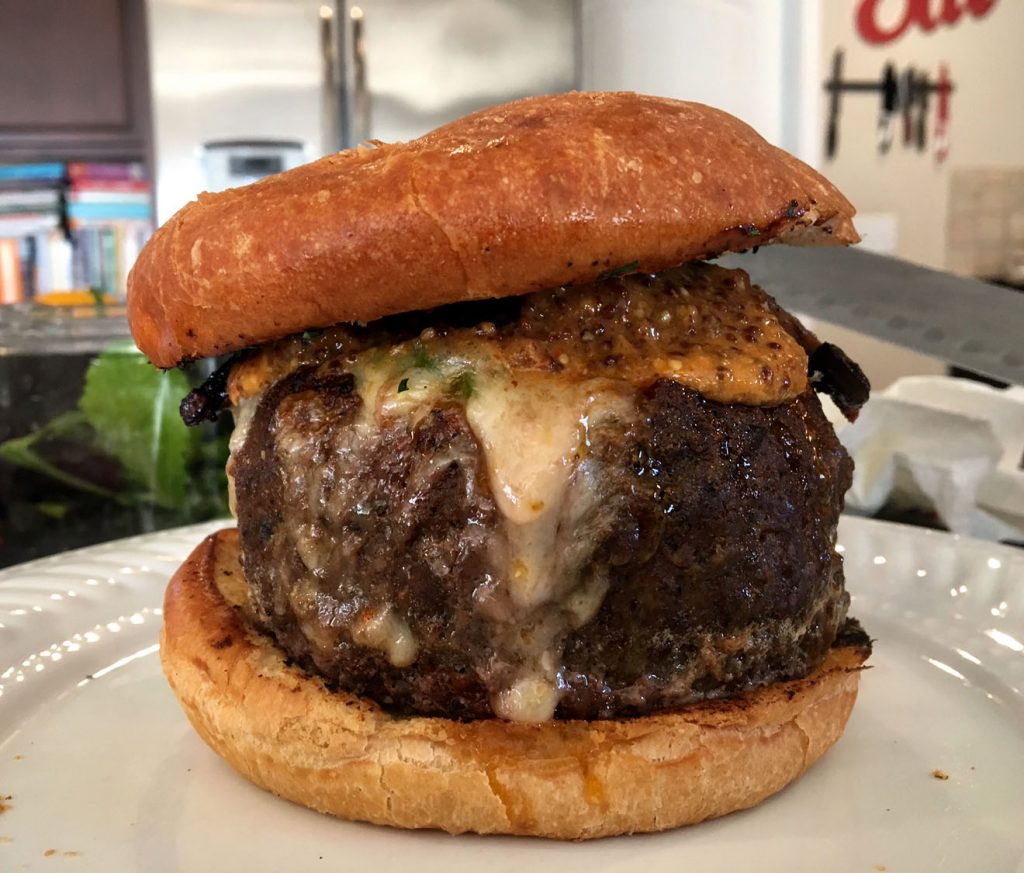 I prefer adding arugula, red onions, fresh tomatoes… Sometimes I have to reign myself in when it comes to overdoing the condiments. 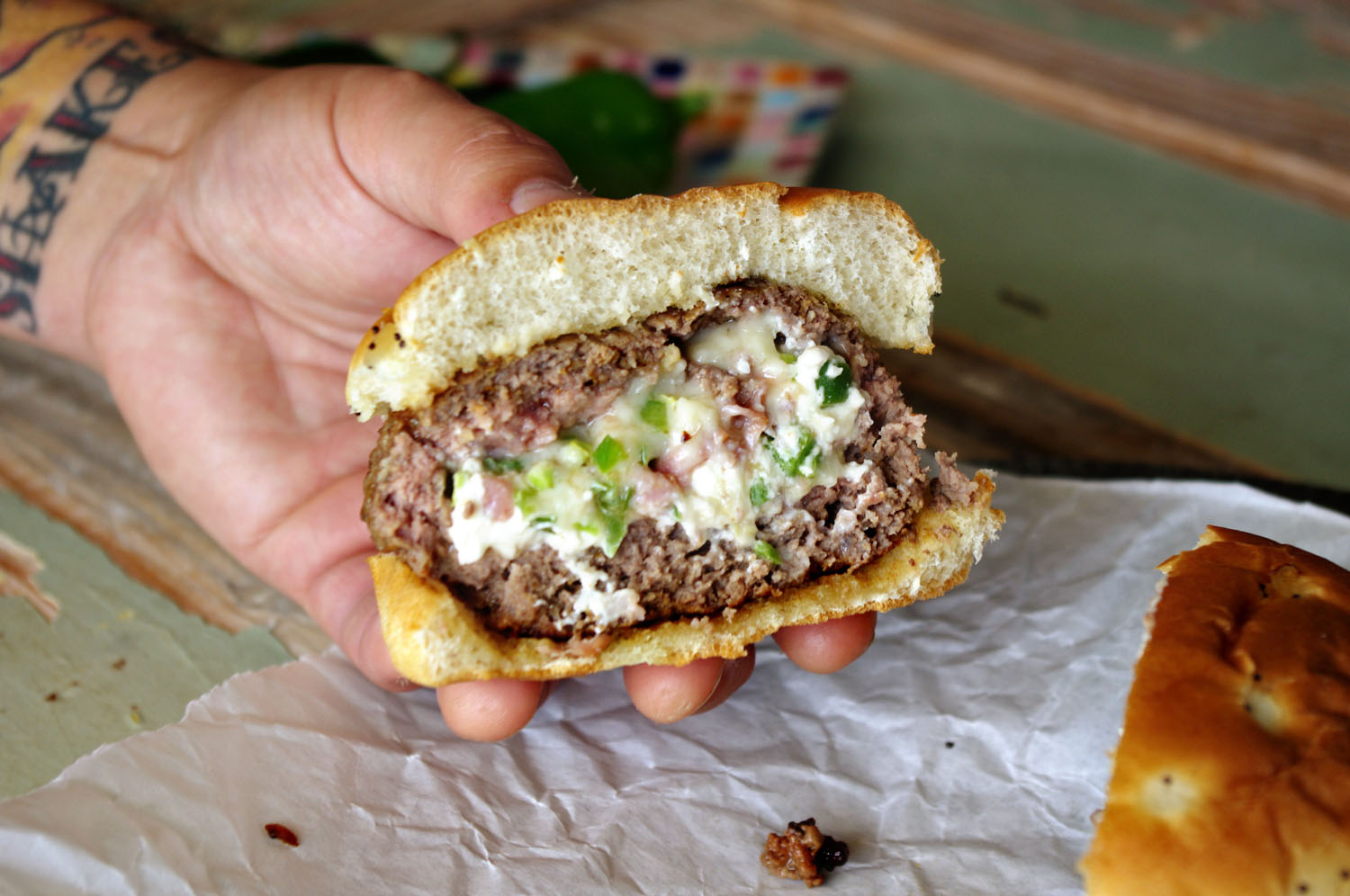 For the Burgers
For the Cilantro Lime Sauce

For the Burgers
For the Cilantro Lime Sauce 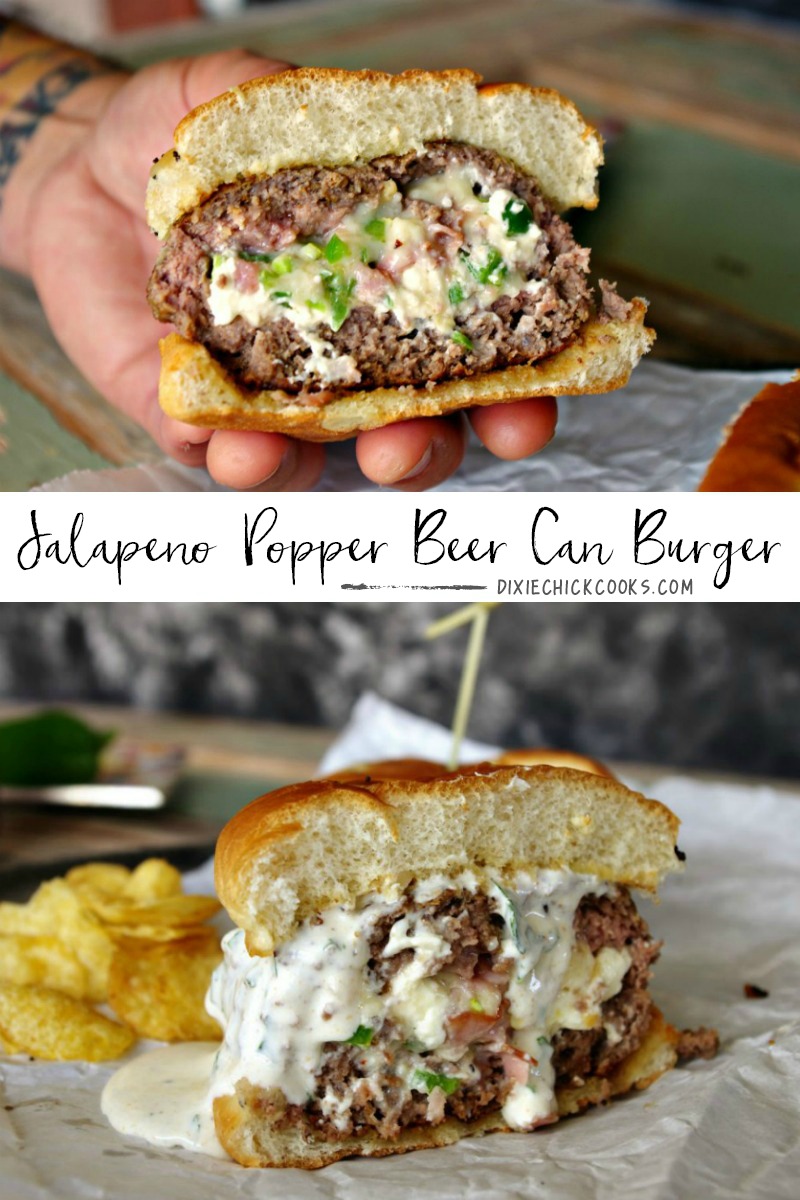 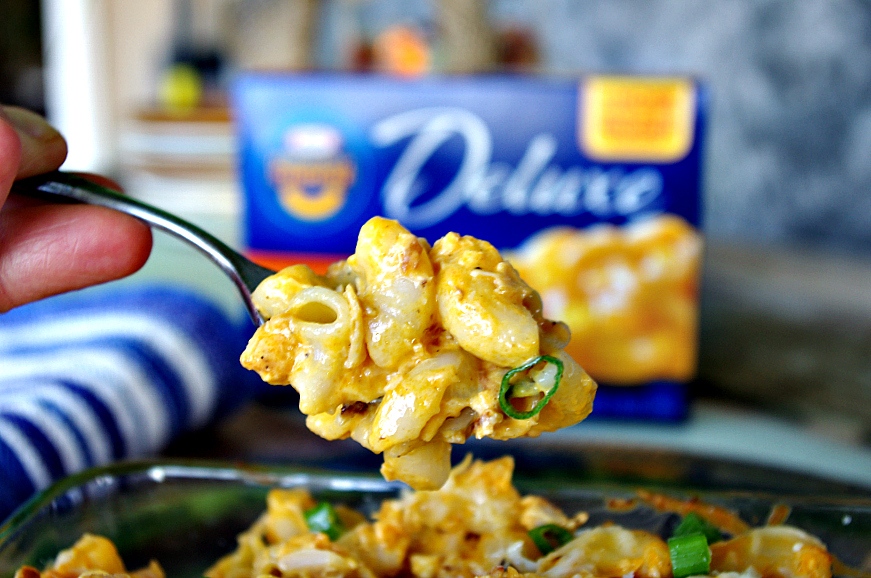 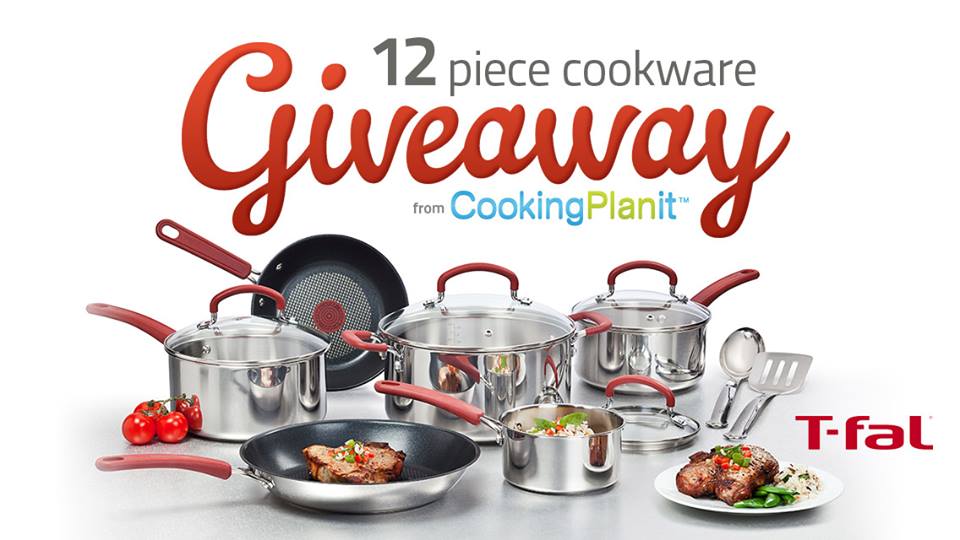