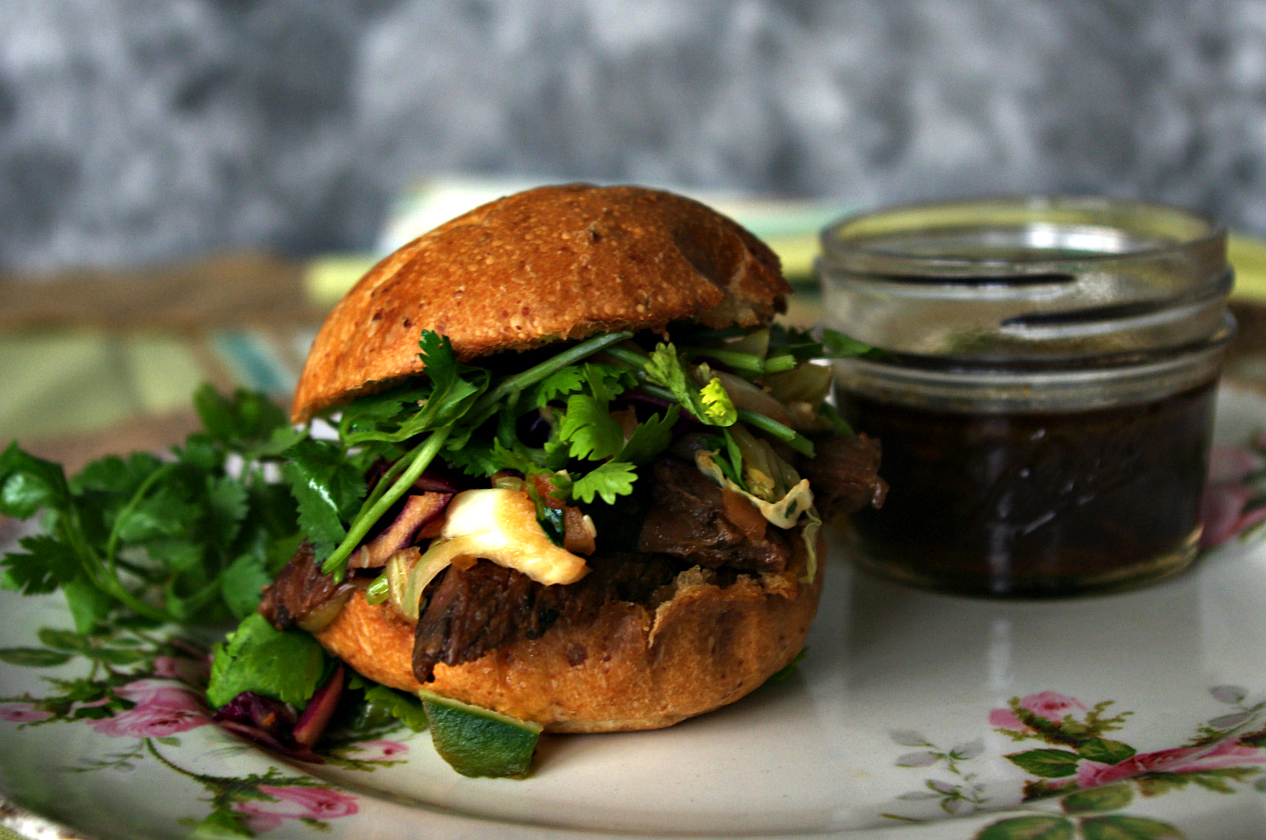 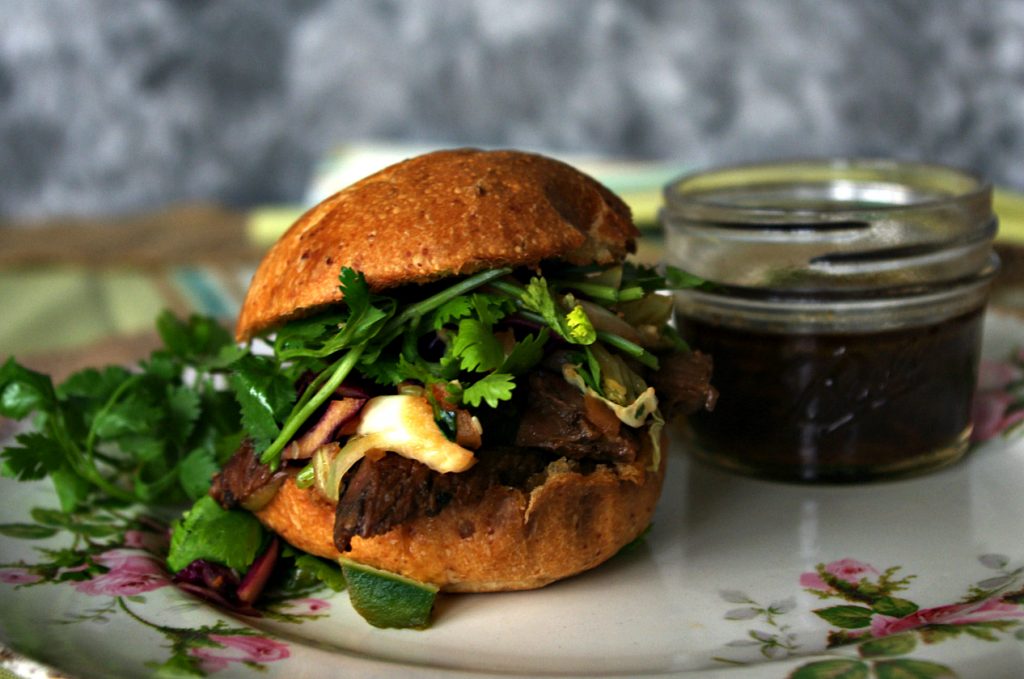 That’s the word I’ll choose to describe these.

Ok, fine, they may not be on a “French” roll or baguette, but I still want to call them French Dips because I can.

When I’m brainstorming about new recipes, I tend to play around with something I know is delicious, but versatile. That’s how this little beautiful thing came about.

This was epic; I just had a gut feeling it would be. I’m obsessed with soy sauce and sesame oil, in particular, and definitely in love with having an excessive amount of whatever dip/sauce/condiment that accompanies what I’m eating at my disposal.

Actually, this is beyond epic.

It’s the basic concept of the French Dip with an Asian flair. I did add Gouda cheese (not very visible in these photos), and it gave it an element I didn’t even realize it needed. You wouldn’t think cheese and Asian fare would marry so well, but in this case it was meant to be.

If I had to say anything about this was an absolute MUST – it would be the cilantro. If you don’t have the cilantro, just be patient and wait until you have it. It just brings the whole damn thing home. Trust me here… 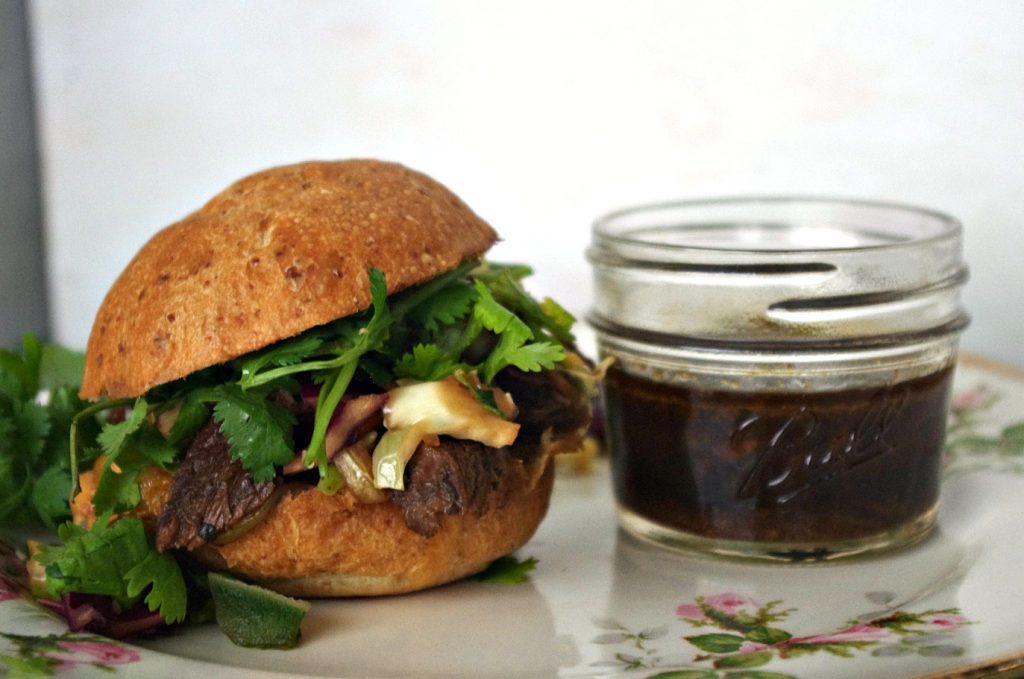 Consider the slaw the “onions and peppers” part of this French Dip. I used purple and white cabbage (some people call this green cabbage) and made a sesame dressing that was perfect.

The sauce makes the perfect au jus to dip these in, and although it’s different from the traditional au jus, it’s so addictive and has such a beautiful scent. Kinda like how sesame oil smells, it’s like that. I could seriously just drink it. 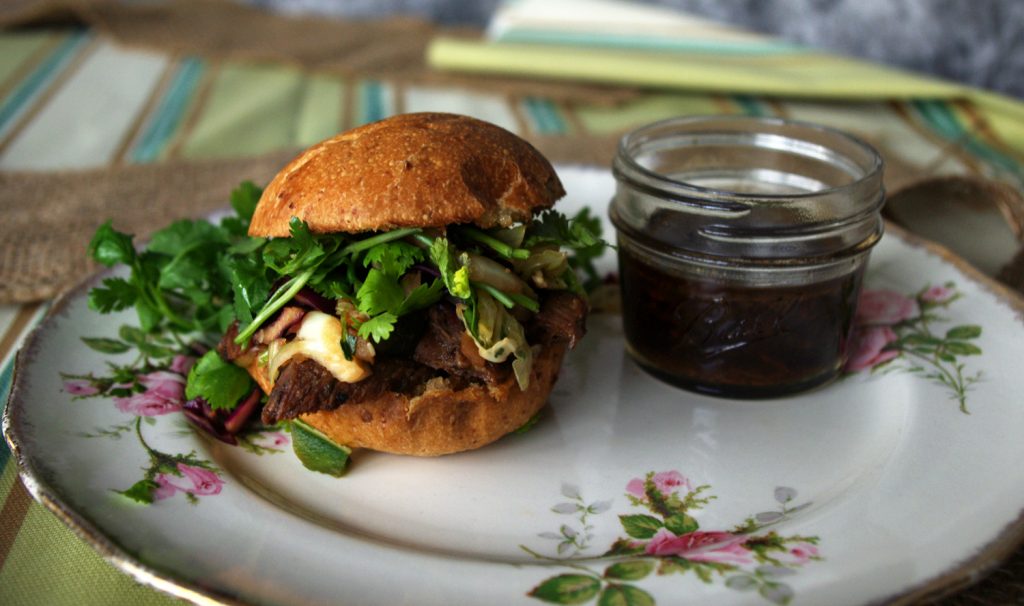 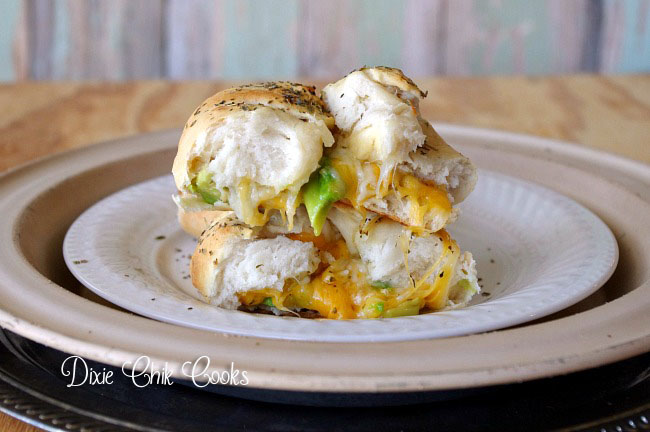