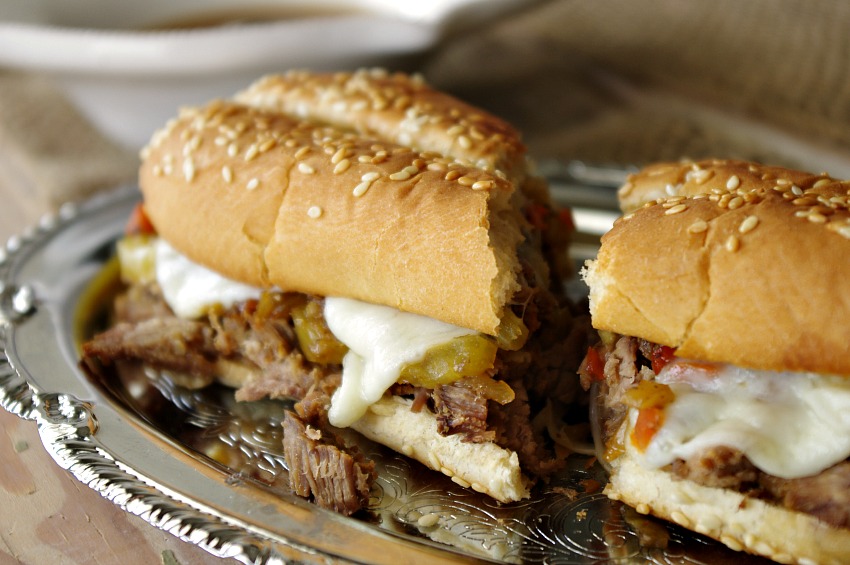 I have so been craving French Dip sandwiches lately.

They’re definitely one of my favorite sandwiches. Ever.

Ok, ok, Reuben probably comes in first. I really think it just depends on my mood. I’m definitely a sandwich girl; always have been.

That reminds me – want to know a silly fact about me? I LOVE ham and American cheese (yes, the processed shit) on really fresh white bread with mayo, mustard and plain chips. Salty, greasy chips. I doubt anyone really knows that actually now that I think about it. I haven’t really had one in so long. I also loved fried bologna sandwiches with the same processed cheese melted, on white bread slathered in mayonnaise.

It was a kid thing, but still makes me salivate just thinking about it.

Now, I tend to love thinly sliced ham or pastrami on focaccia or naan with sharp cheddar or Muenster, fresh tomatoes, sprouts and, yep, mayonnaise. 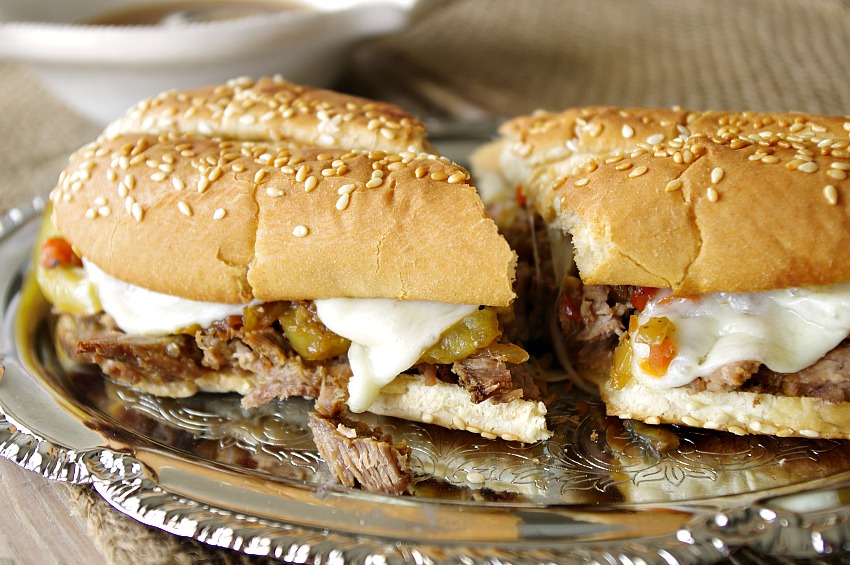 This is not as gluttonous as it looks. I used london broil, which is pretty lean, and cooked it slow – about 9 hours. I also trimmed the excess fat off before putting it in the crockpot; I’ll gag if I find piece on my sandwiches. I did leave a little, because you know you have to have some fat to have flavor.

Keep in mind that you could always use chuck roast, flank steak or whatever cut you like. I just really like london broil when it comes to slow cooking beef.


It’s not too fatty, and always turns out nice and tender. 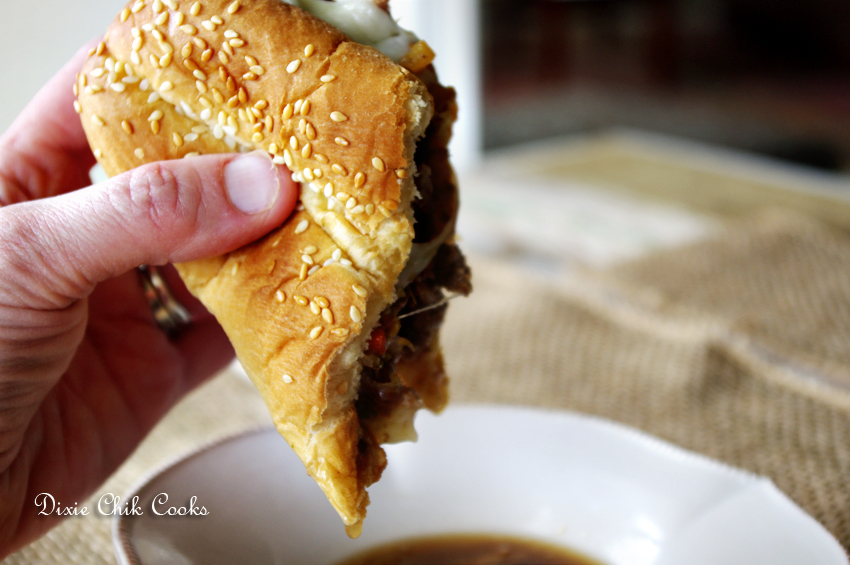 As far as cheese, I used Provolone. I think that’s pretty necessary, but I’m sure Mozzarella would be a good sub.

This is the first time I’ve made it using dry Italian seasoning, and now I can say that I highly recommend it. It really gave it a nice rich flavor. It also added to the flavor of the au jus, which is the most important part to French dips. In my opinion, anyway. 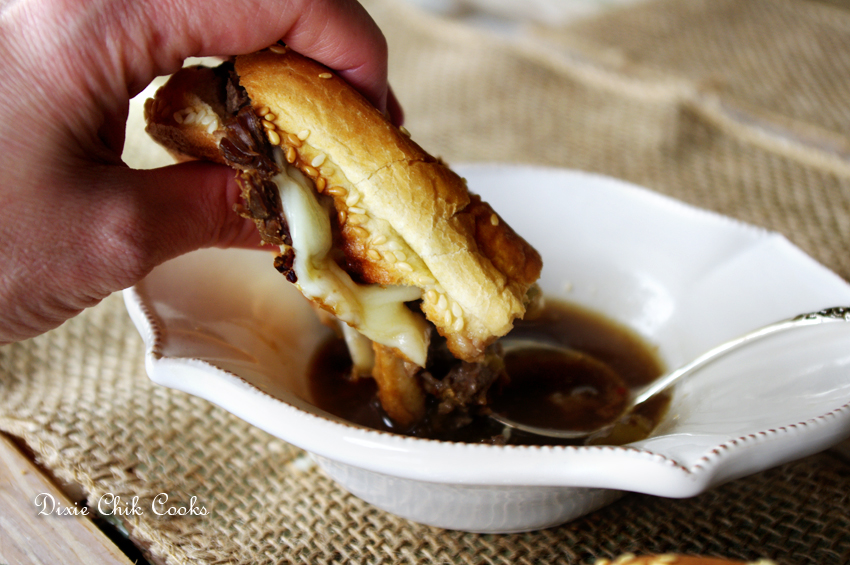 You can make these with or without the banana peppers; I love them but they definitely aren’t necessary here.  My family avoided them like the damn Ebola virus. 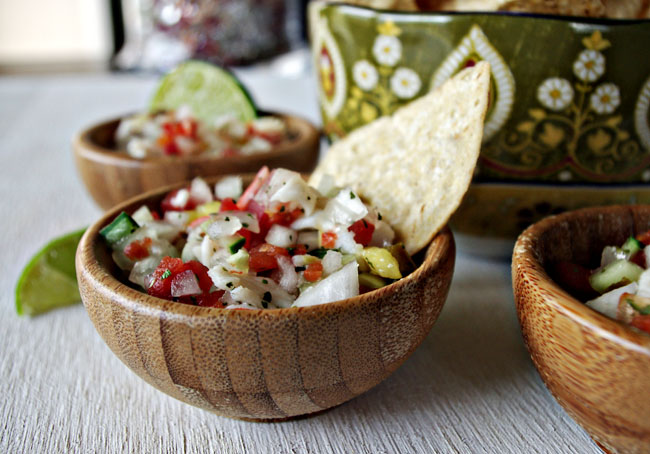