This is good.  So, so, so good.  It’s Mexican-y, seafood-y, a little spicy and a teensy bit sweet.  And the vinaigrette that is drizzled on top of the peppers..OH  MY…I had to dunk several naked shrimp in the vinaigrette while I was making this because I couldn’t get enough of it. I even thought about tipping the bowl up one time to get a good swig of it.

Ok – so I know it’s fall but in my heart it’s eternally summer – and anyway, mangos are nice and ripe and available almost year ’round.  Did you know that?  I didn’t until the nice little Publix produce man told me today.  He also told me I look like Erica Kane.  (??)

Every element to this is very important – the blending of the flavors is what’s so great about it.  First, make the vinaigrette.  And please disregard all that you see in the background of this picture.  Me and Photoshop had an argument today and I let it win. 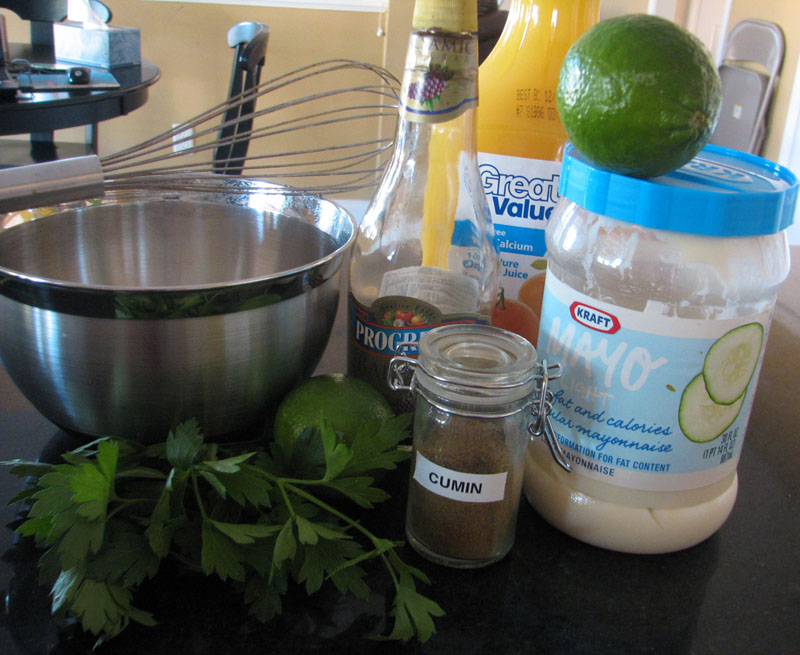 1/2 chipotle cube (Knorr) – I just recently found these at my local Wal-Mart in the International section.  If you can’t find these, use 2 tsp of chipotle peppers in adobo sauce, which you can find on the aisle where the typical mexican fare is…As a matter of fact those are awesome and if you like spicy/mexican type food you will have endless options in using them.  Try it the next time you make tacos – throw one or two in the taco meat or chicken (depending on how hot you like it), or in your soup or chili.

Combine the vinegar and orange juice in a small sauce pan; bring to a boil.  Turn the heat down to about med-low and simmer for about 20-25 minutes, stirring occasionally.  Let it cool off the burner for about 20 minutes.  Add the mayo, whisk until dissolved, and then add the remaining ingredients.  Set aside. 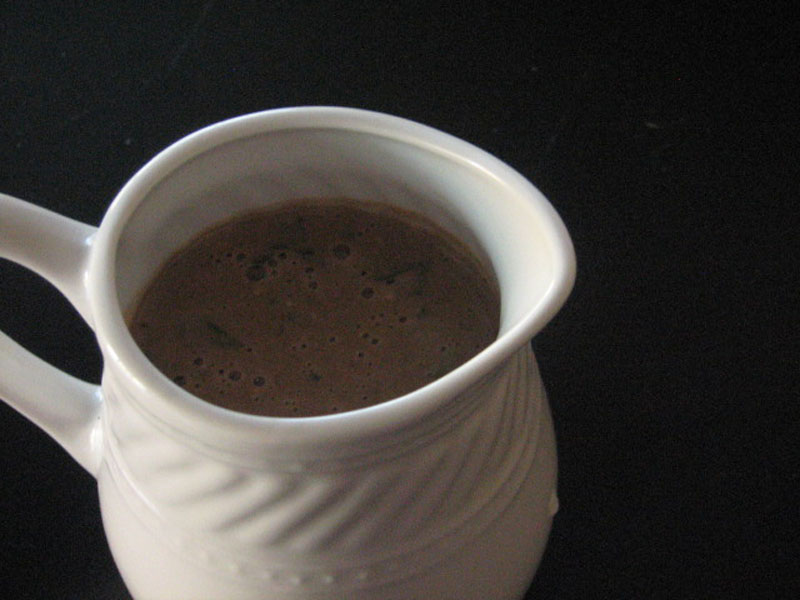 1 mango, click here for fantastic instructions on how to cut a mango

Preheat oven to 400, and spray a cookie sheet with non-stick spray.

Combine the mango, shallots, cilantro, tomatoes and lime in a small mixing bowl; set aside.

Wash and slice the peppers down the center, halving them longways and remove all seeds.  Place the pepper halves on the sheet, along with the shrimp; all spread out and not touching.

In the microwave melt the butter and Old Bay. 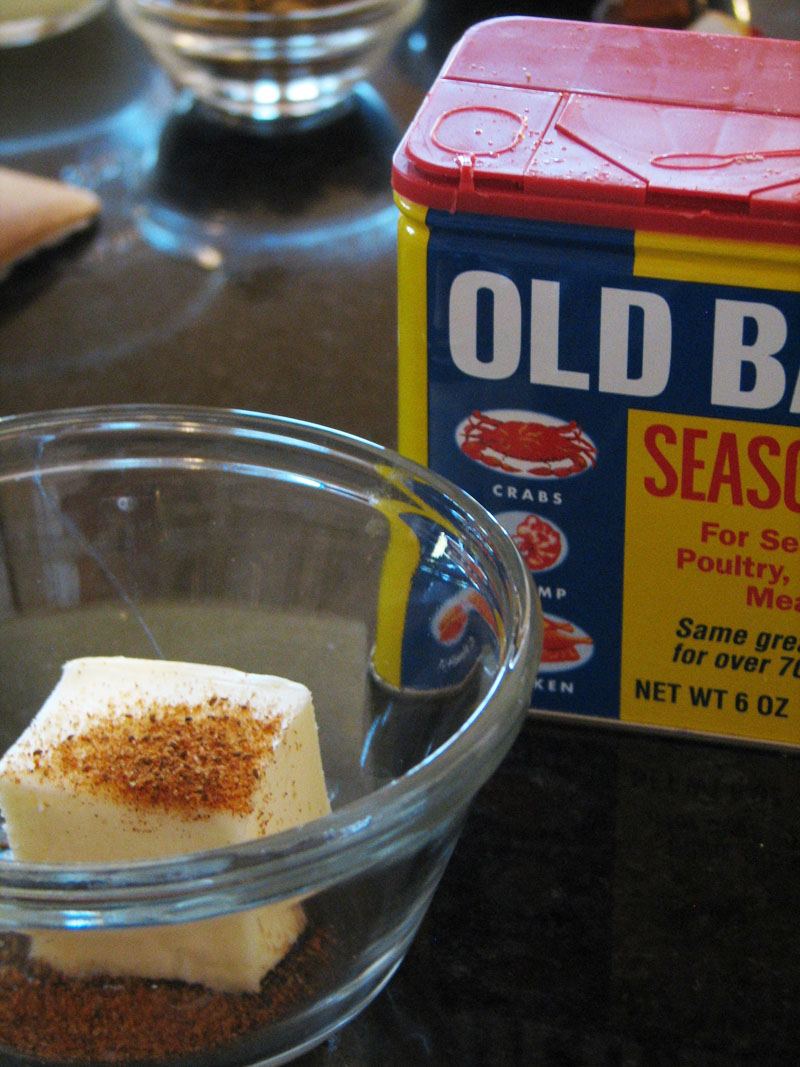 Coat the shrimp with the melted butter using a pastry brush, then in the oven it goes.   (This is the point where I threw  my bacon in the microwave.) 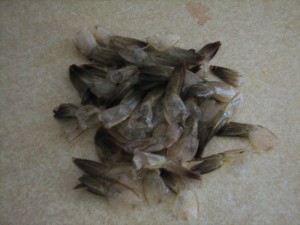 Save these little shrimpy shells!

Check on the shrimp after about 5-8 minutes.  You might need to remove them from the pan before the peppers are done; if so just set them aside.

Combine the shrimp with the mango/tomato/shallot mixture. 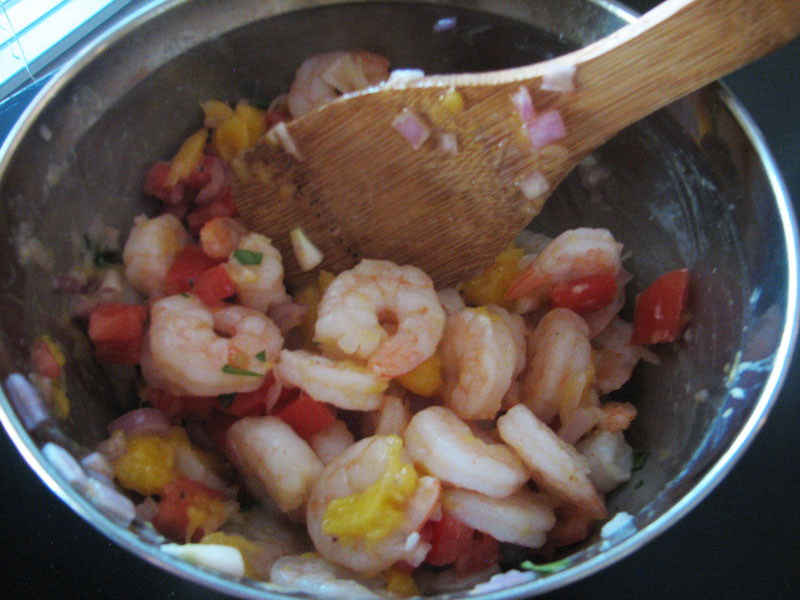 The peppers should be done after about 15 minutes – they should have just slight brown edges.  Stuff the peppers with the shrimp mixture and pop back in the oven for about 3-5 minutes; remove.  Drizzle the vinaigrette over the peppers and top with the bacon crumbles. 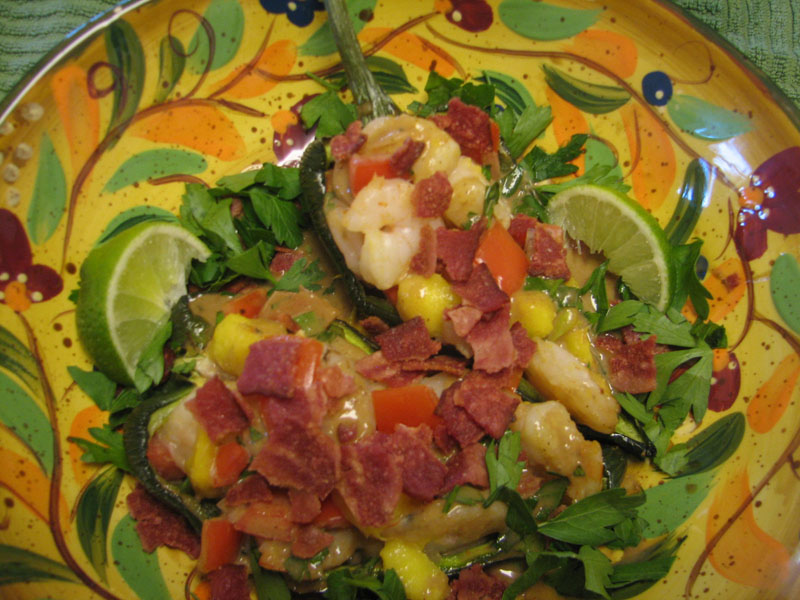 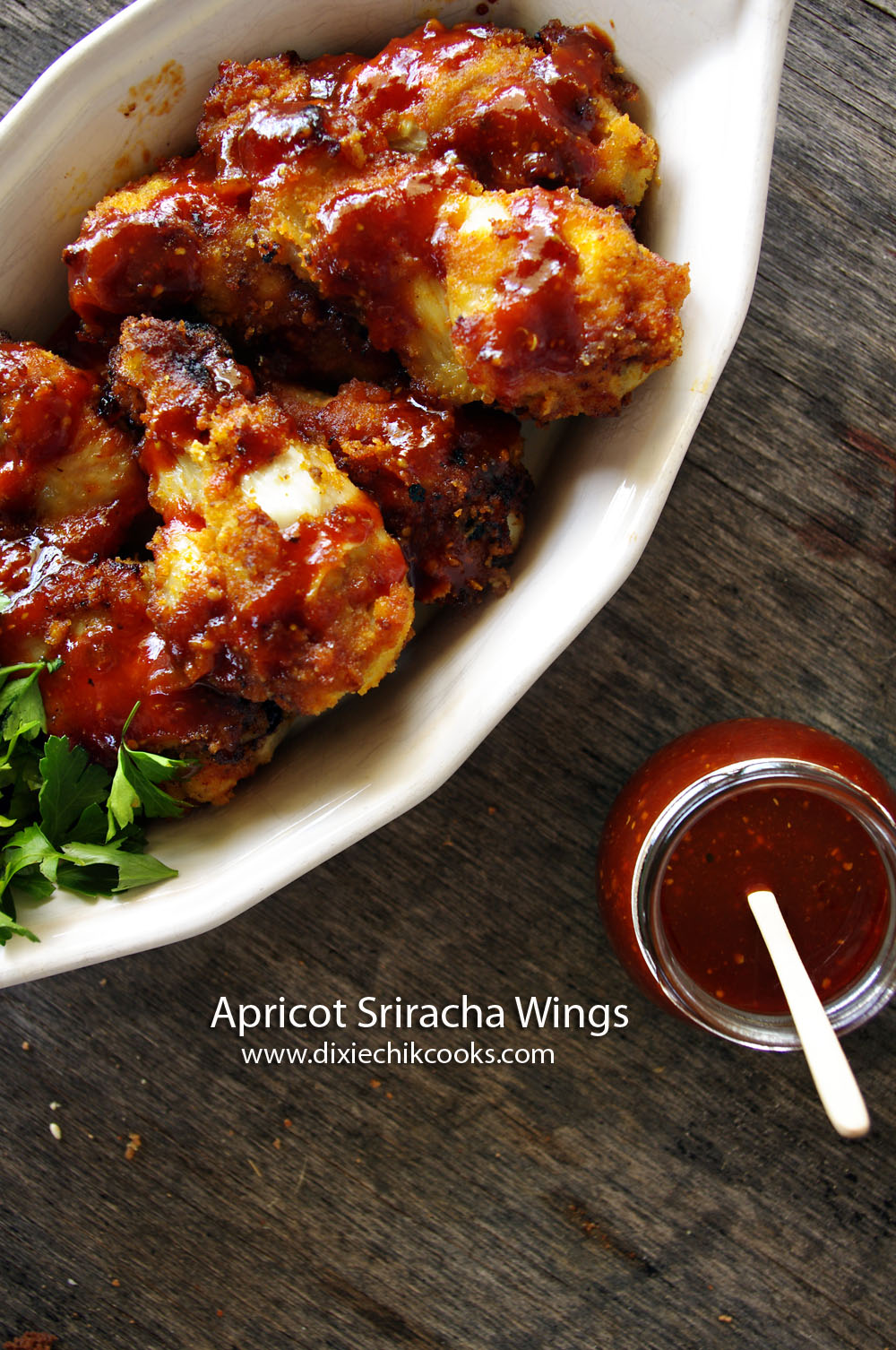 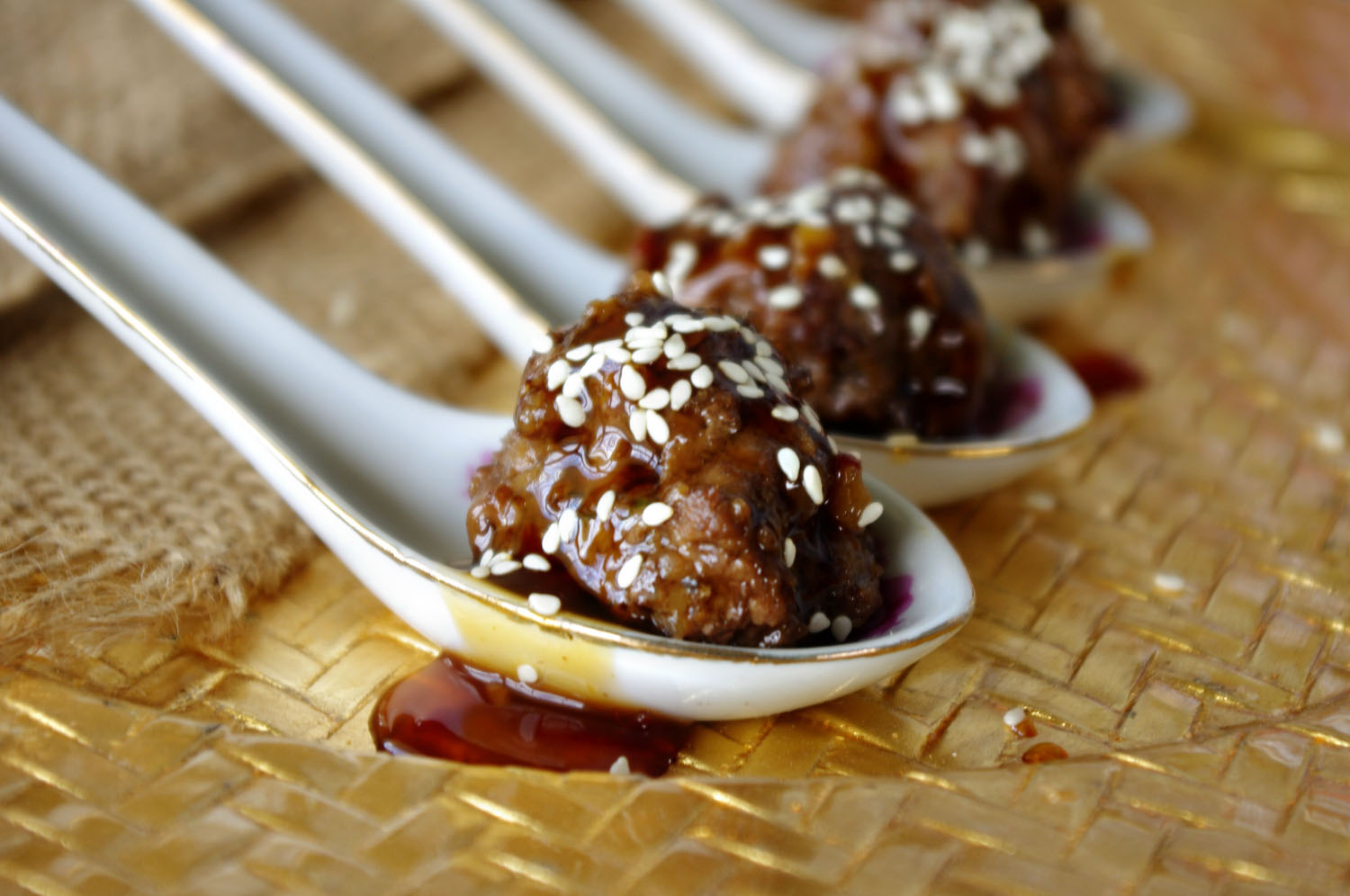