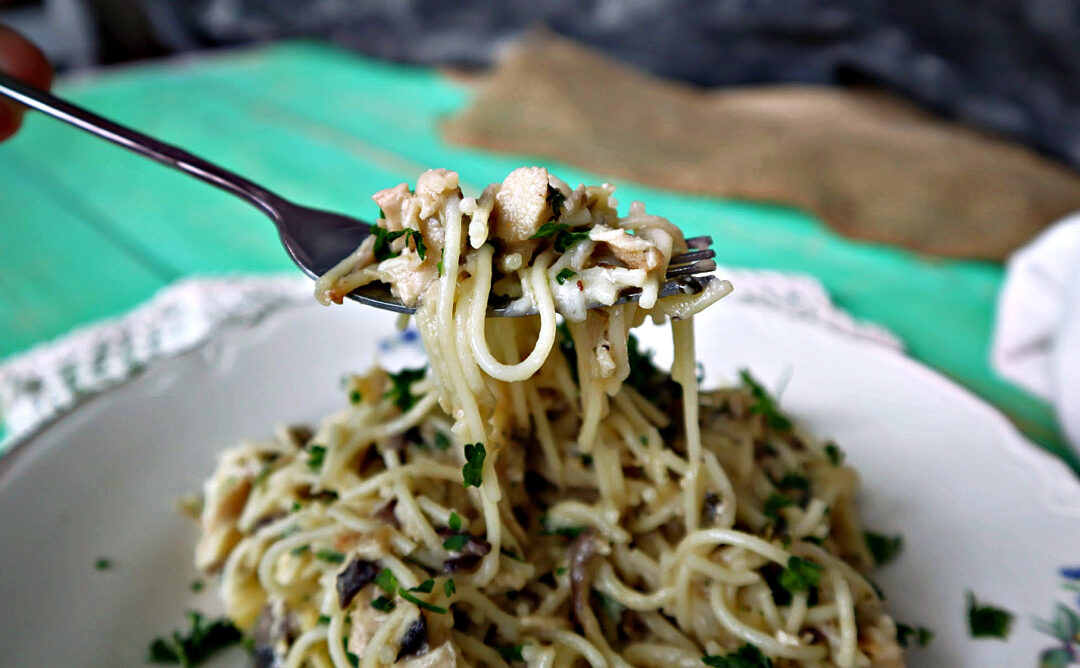 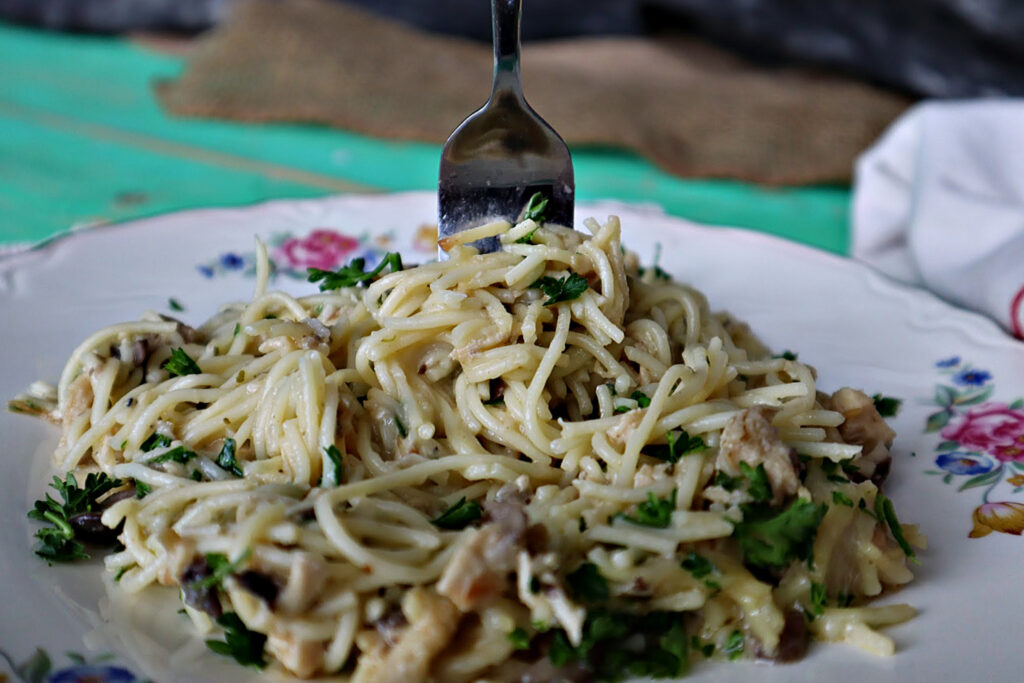 Not so much Turkey Tetrazzini, but Chicken Tetrazzini. I’m not saying I wouldn’t eat the turkey version, but I just like the chicken better.

Tetrazzini is perfect for leftover chicken, easy to make and even that as leftovers is fantastic. I actually never really had this until my young teenage years, and it was at my best friend’s house during a sleepover. It was the middle of the night, and my friend suggested that all four of us go upstairs and raid the fridge. Four teenagers raiding the refrigerator while her parents slept, all while thinking we were “being quiet” with our loud ass whispers. Then there were the laughs that were meant to be quiet, but were explosive bursts of loud cackles and holding our tummies because we couldn’t hold the laughs any longer. Silly little teenage girls.

There was chicken tetrazzini, this white spaghetti looking dish with things that resemble mushrooms, maybe? I was accustomed to spaghetti being under a tomato meat sauce, or bolognese sauce.

It really didn’t matter to me, because I didn’t mind trying new things. I actually loved trying new things because I always wanted to expand my knowledge of food. I was always so very curious about flavors, seasonings, why the hell certain things went with other things and not things I expected it might. I wanted to KNOW. I was a foodie in little shoes. 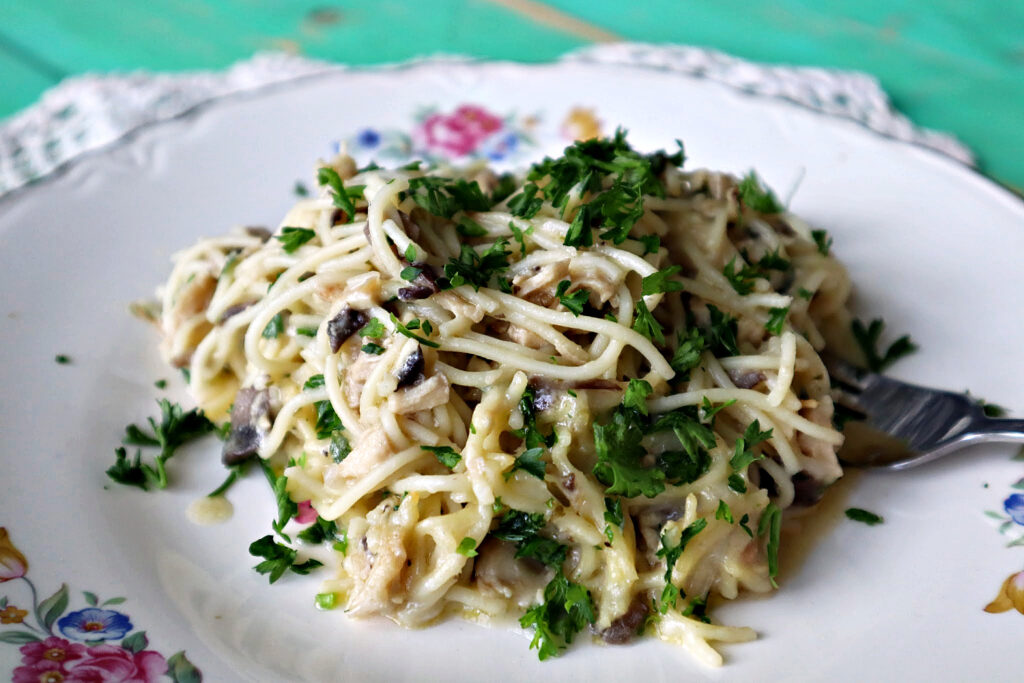 So, yes, this was new to me; I was intrigued. After eating it, I absolutely loved it. LOVED it.

I’ve never really been picky in my life. EVER. My mother tells me that she believes my foodie life began at 3, when I could name every restaurant we would pass on the way to pre-k. No wonder my little legs and cheeks were so chubby and fat.

Those cheeks were there for a reason. And, no, I didn’t hide food in them. 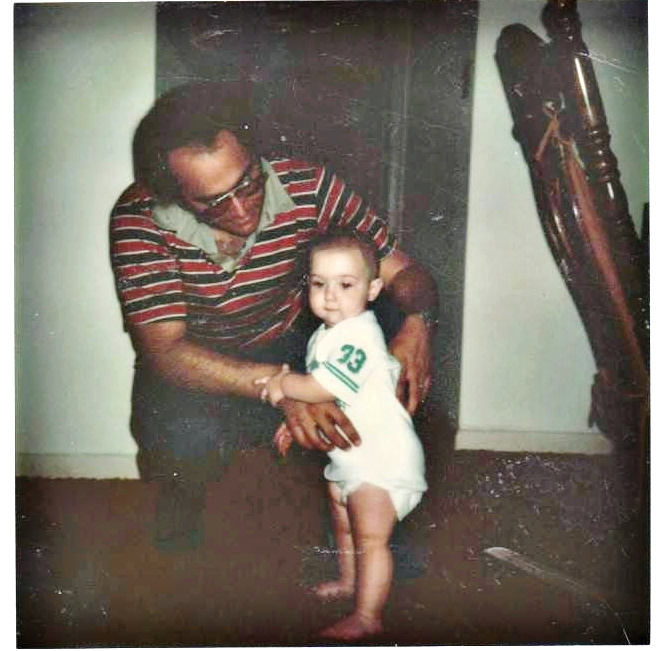 My love for food has always been an obvious trait of mine. I seriously can remember going to restaurants as a teenager and sizing dishes up; like I actually knew something.

The truth is, when I look back, I really, truly did. I really could tell what certain things were lacking – like, ‘This quiche needs so much more salt and cilantro; I don’t know what the hell they were thinking…

This tetrazzini is just creamy enough, just cheesy enough, and the mushrooms are my favorite. I love angel hair or vermicelli compared to spaghetti. There’s something about the size of real spaghetti that grosses me out. It reminds me of worms, ewwww. So, the thinner the pasta, the better. For some reason, I think leftovers are also better.

Pro tip: If the leftovers seem a bit dry, add just a bit of little milk, stir and heat it up and it will be right back to the way it was. 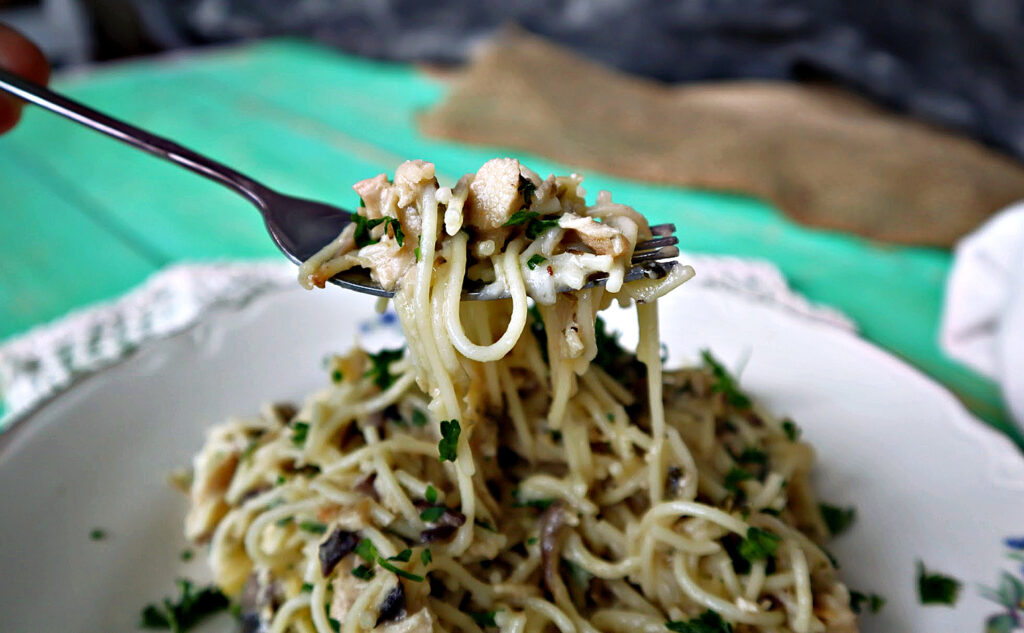 That’s why I love vermicelli. It’s thin, easier to eat, and also cooks so fast. You don’t have to mess with thick strands of pasta that heat unevenly.

With angel hair, you could literally put it in water and in about 10 minutes it’s just about done, so it’s so much easier to manipulate. 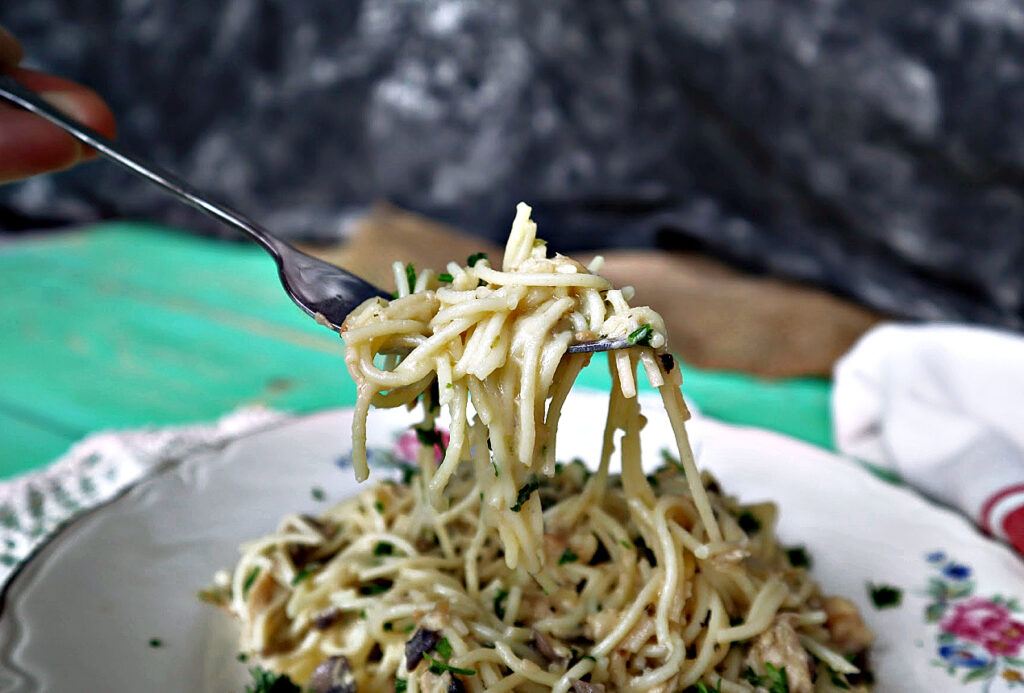 An easy dish, made with shredded chicken, thin pasta, mushrooms and baked in a creamy cheese sauce. Comfort food at its best!

* Use your stand mixer to shred chicken. It works beautifully!
* Smashing garlic with a knife after you mince it with salt (a few times) will make a nice paste. 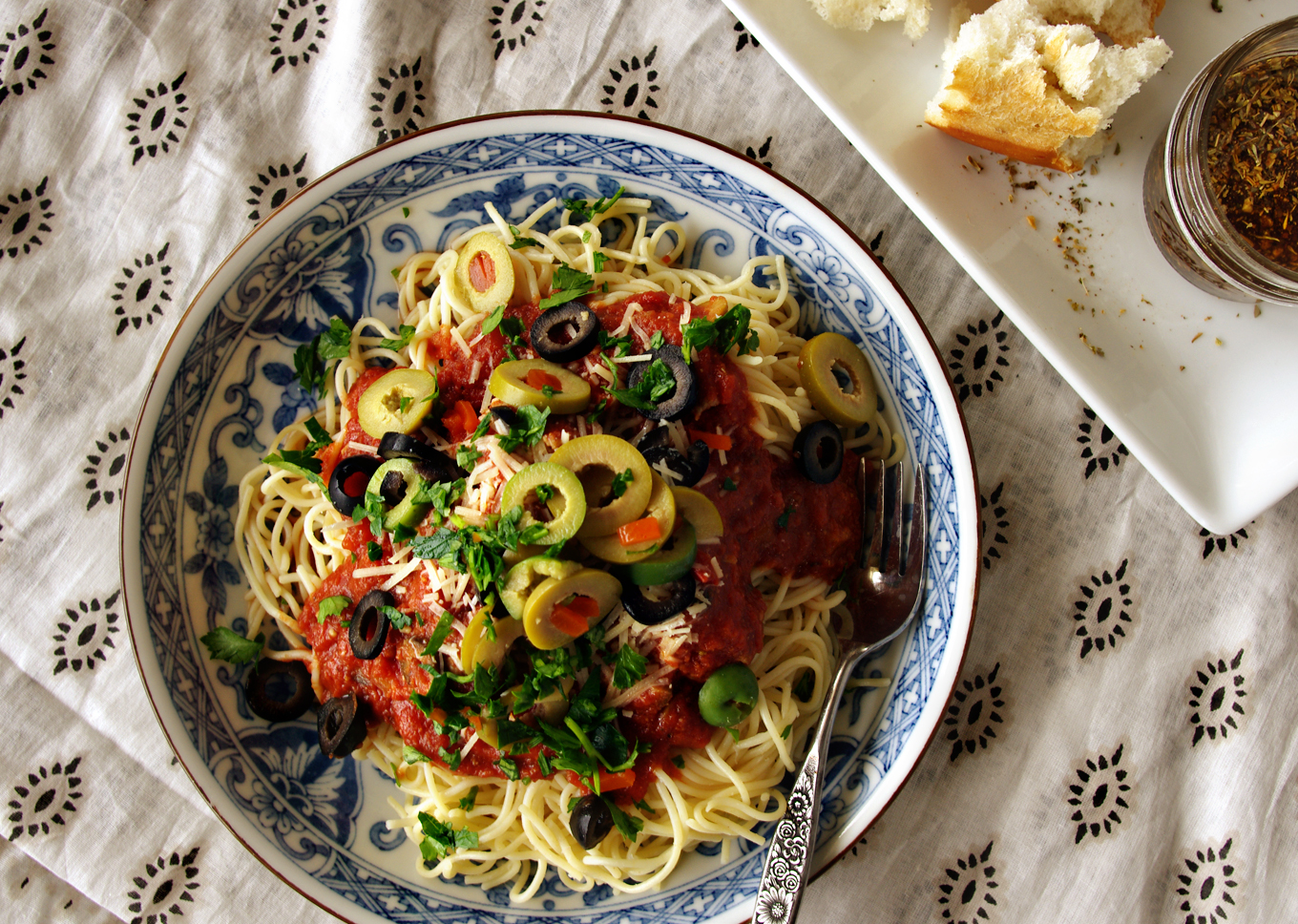