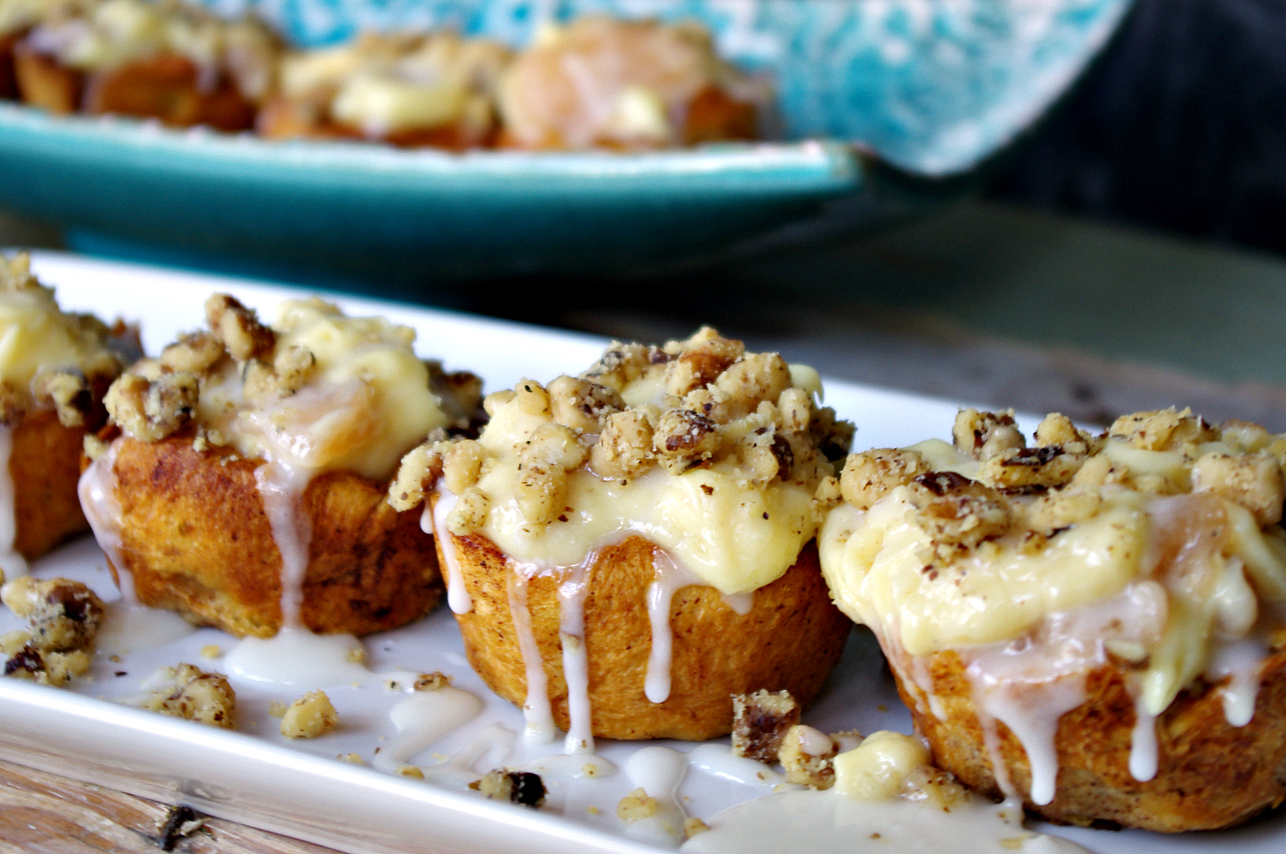 It’s almost Springtime, so lots of things are about to get a bit hectic, especially if you have kids at home. Sports games, practices, spring break, school gearing up to end – sooo many things going on. 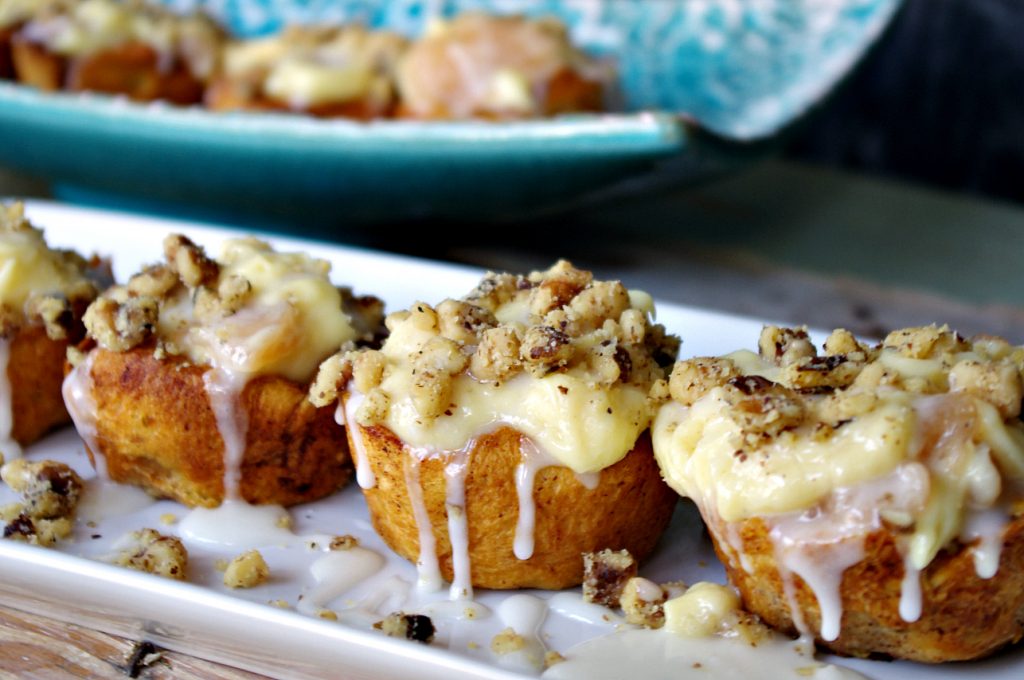 We all, as parents, love to give our kids (and their friends if they are a regular fixture in your house) good homemade meals, and of course, homemade treats.

Baking from scratch may not always be feasible if you have a lot on your plate, but there’s definitely a good middle of the road solution. I’ve teamed up with Pillsbury™ and Walmart to show you how to make a fun, easy, and very delicious treat idea for their Cinnamon Rolls with Cream Cheese Icing! 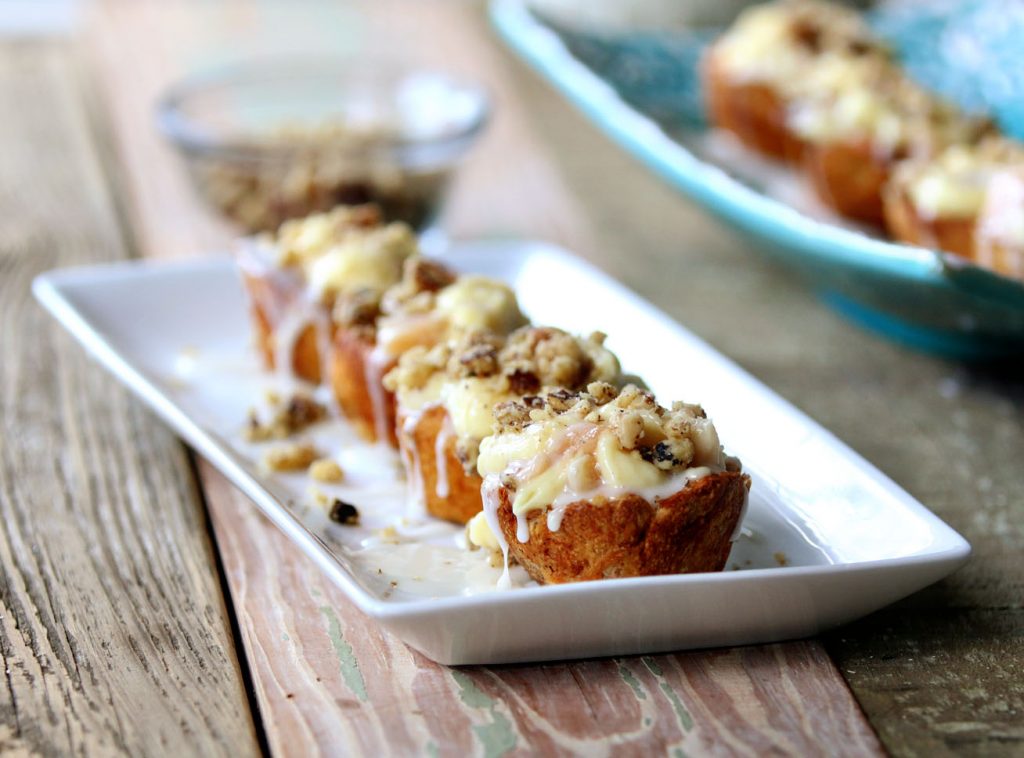 When my kids were both in sports, we spent a lot of time at the ballpark, and many times I had a houseful of kids after practices, games and recitals.

Active kids are always hungry; these would disappear quickly… 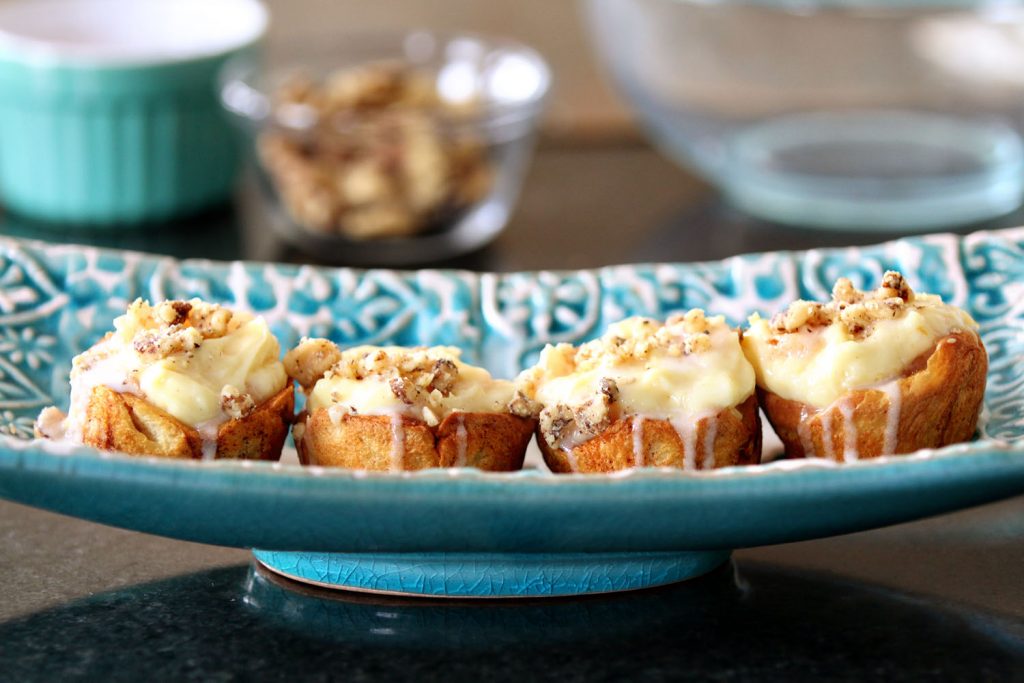 Not only do you get a printable recipe, but a video tutorial↓

These are handheld cups of apple-cinnamon-roll-cheesecake goodness. 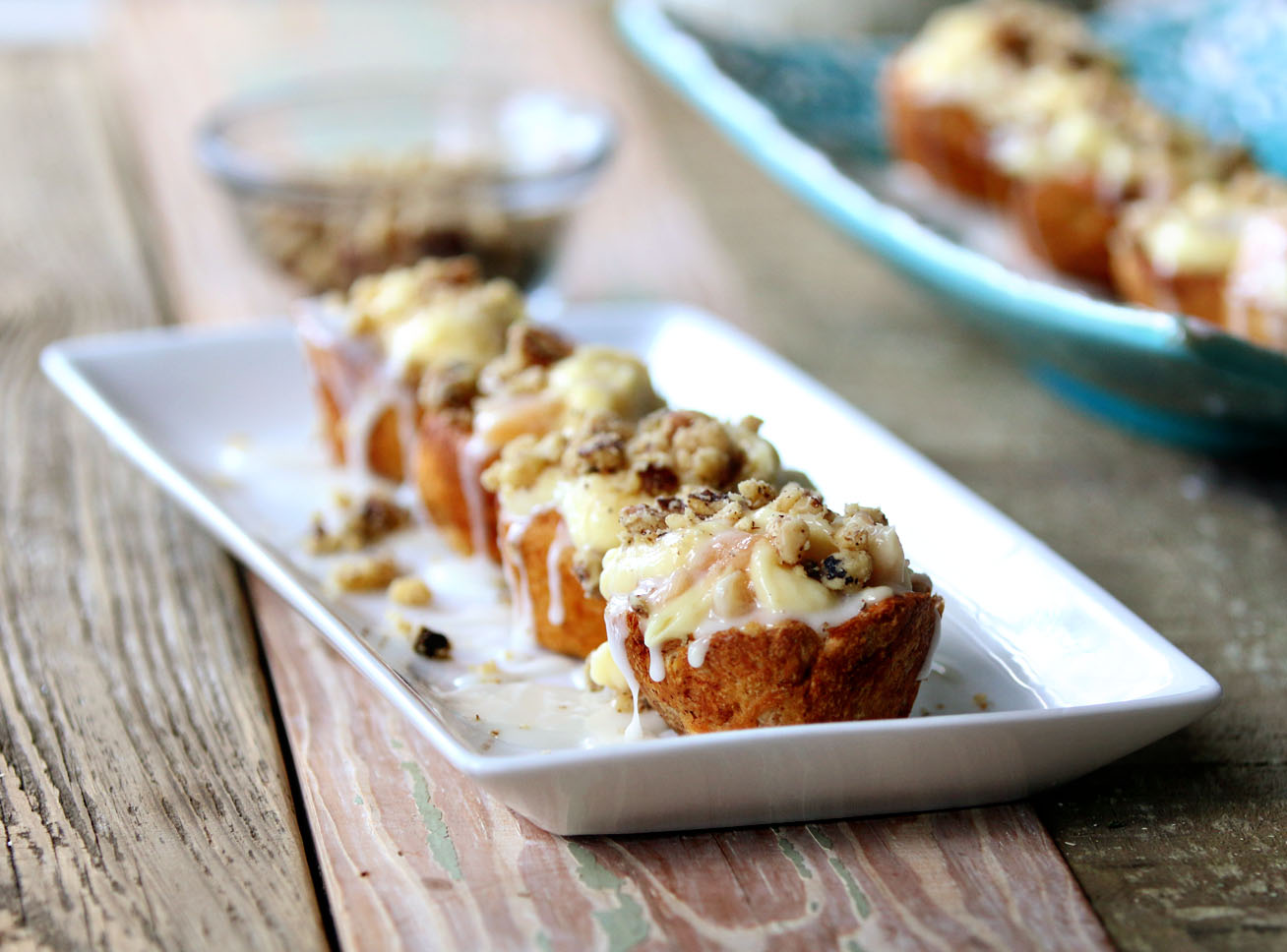 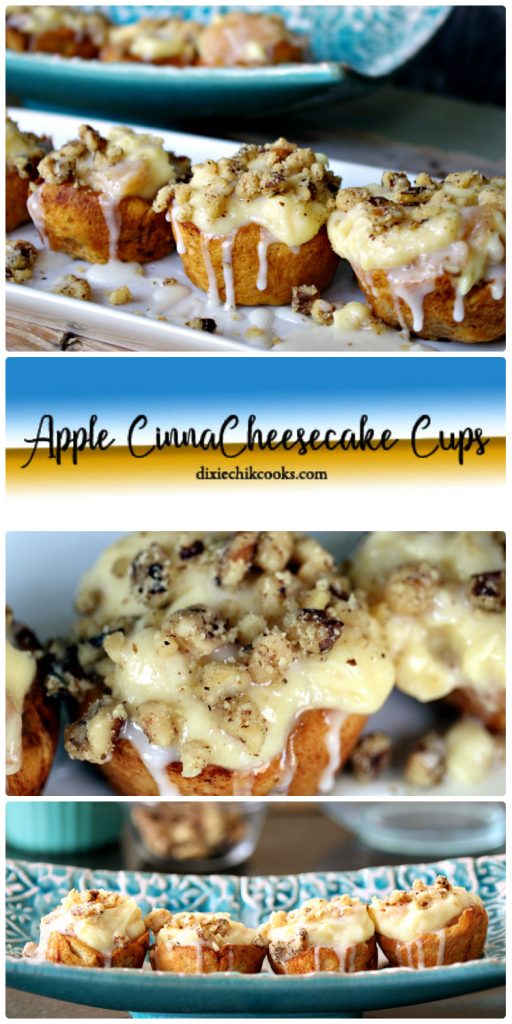 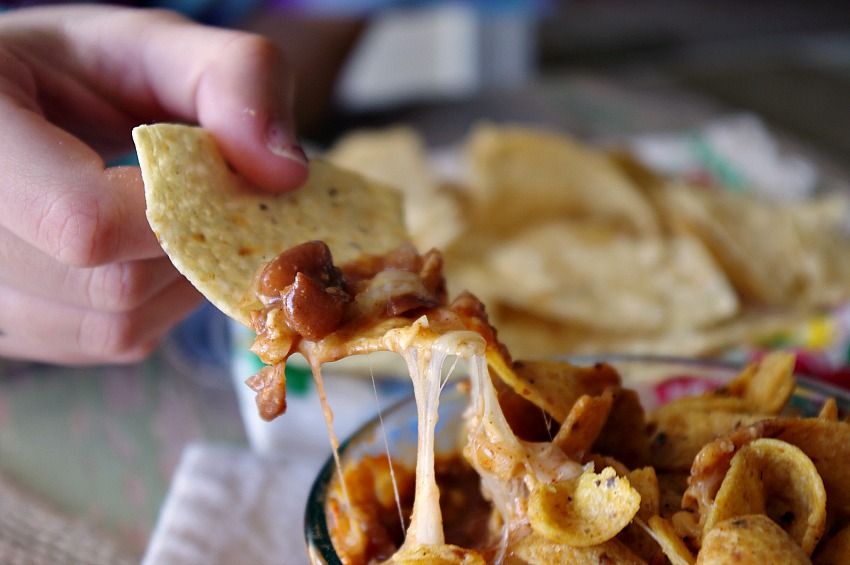 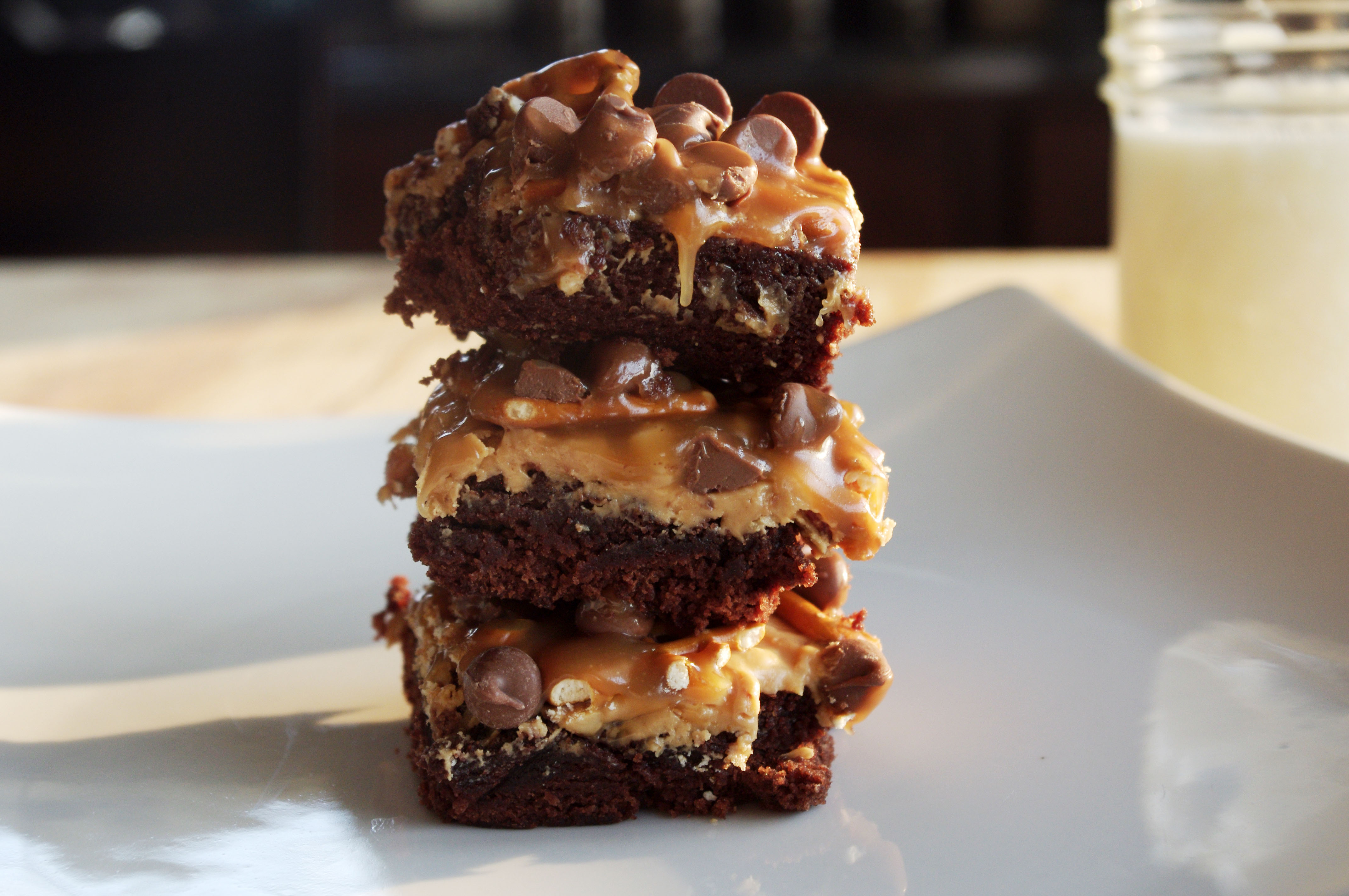