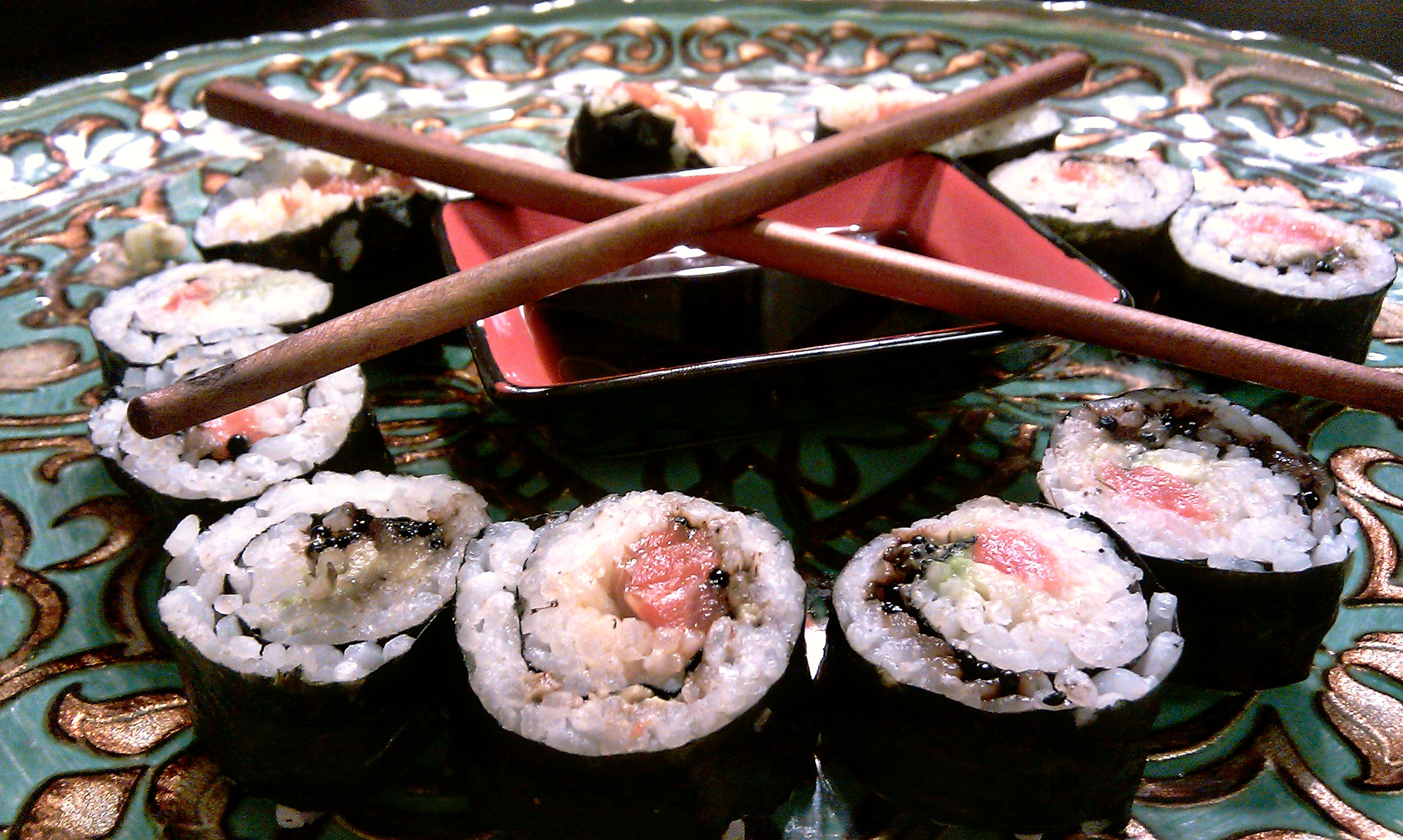 Several weeks ago, I was lucky enough to be chosen to participate in Foodbuzz ‘s 24×24 project.   24×24  is a showcase of blog posts from 24 Foodbuzz Featured Publishers, hosting 24 different dinner parties, all within 24 hours.

In honor of the victims of the tsunami in Japan, I hosted a Japanese themed dinner party.

According to the NY Times, the cost of rebuilding the devastated areas is estimated to be as high as $609 billion.  The death toll as of April 25th was 14,133 and more than 13,346 people were still missing.  In addition, thousands of people had to evacuate their homes due to the nuclear crisis.

I want to commend the resiliency of the Japanese people after enduring such a devastating natural disaster.

Olives for garnishing (and eating) 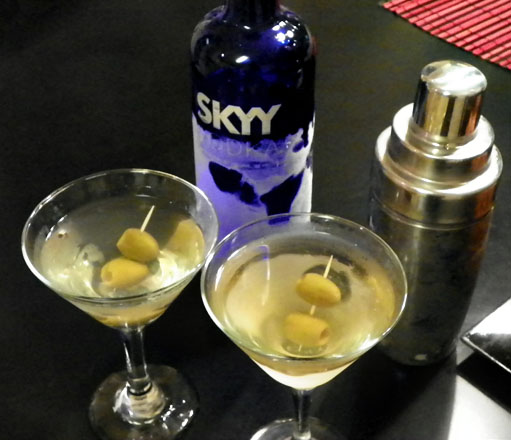 1 squeeze Shiriachi (depending on how hot you like it!)

Remove the skin from the salmon and dice the meat.  Add to a mixing bowl along with the mayo and Shiriachi, combine.

On your work surface, lay out a 10×10 piece of plastic wrap and place one sheet of nori, shiny side down, on top of it. With wet hands, carefully spread out about 1/2 cup of rice, up to 1/2″ around the edges.  At the bottom part of the sheet (nearest you), spoon about 1 tbsp of the fish mixture across on top of the rice, then avocado slices on top of the fish, and then the roe. Very carefully lift from the bottom of the plastic wrap and start to roll, but try to keep the fish/avocado/roe together. 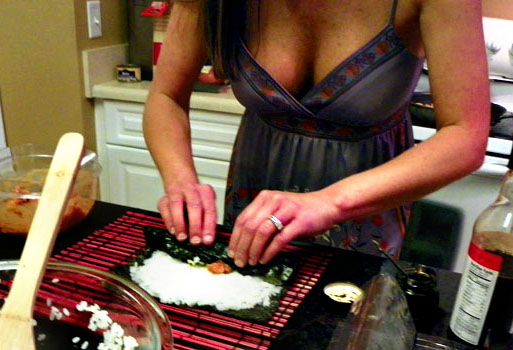 Roll slowly, and keep it as tight as possible, squeezing gently so the filling stays uniform.  Repeat with the rest of the ingredients and refrigerate for 30 minutes. ← Thanks Joanna for that awesome tip 😉  Using a very sharp knife (I also dip mine in water to make it easier), slice into bite sized pieces. 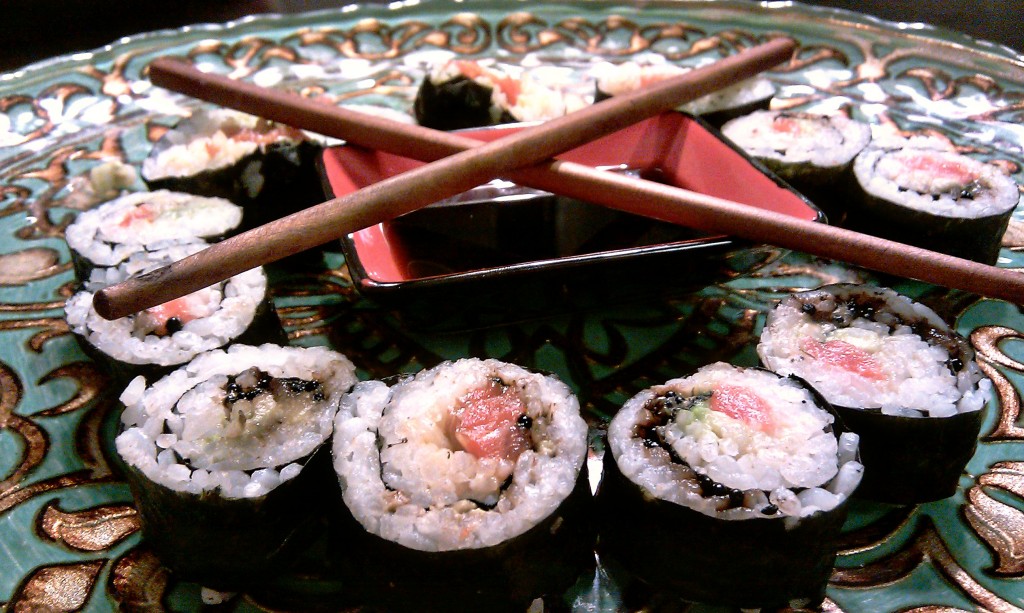 As inspired by Jen Yu from Use Real Butter

Mix together the scallions through sherry; set aside.  Bring a large pot of water to boil, then add the noodles.  Cook until done, about 4-5 minutes and drain.  Heat the vegetable oil over high heat, then add green onions and cabbage.  When the cabbage starts to wilt add the sprouts and stir fry until wilted.  In a large bowl, combine the noodles and sauce.  Add the vegetables and toss; salt to taste.

Salt and pepper the steaks.  Sprinkle generously with the sesame seeds, press down with you hands, then flip and repeat on the other side.   Heat the oil over high heat until it just starts to smoke.  Add the steaks for 30 seconds, then turn the heat down to medium-high and cook for 2 minutes.  Flip and cook another 2 minutes.  Slice and serve with soy sauce. 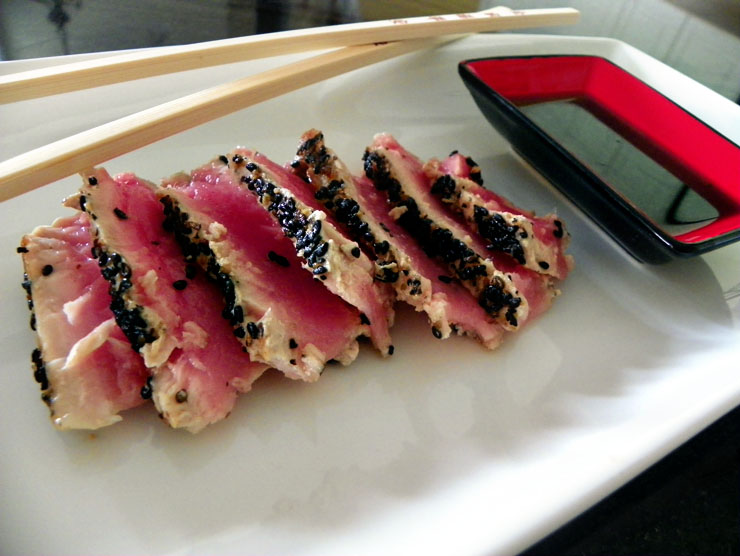 Adapted from Use Real Butter

3 cabbage leaves, chopped (I ran mine through the food processor)

Combine turkey through mushrooms in a large mixing bowl until mixed thoroughly.  Refrigerate until ready to use.

In a stand mixer, combine the flour and water until a ball forms.  Knead by hand until smooth and not sticky.  Move to a bowl and cover with a damp towel for 15 minutes.  Knead another 15 times, then roll out on a floured surface.  Cut into 2 inch strips.  Using your hands, flatten each piece until you get a flat circle.  Fill the middle with about 1 tbsp of the turkey mixture.  Bring the edges together and seal with your fingers, forming pleats.

Heat the potstickers in a pan with 3 tbsp of oil over high heat.  When the bottoms are brown, add 1/2 cup of water and cover.  Cook until the water is gone, reduce the heat to medium and remove the cover.  Cook another 2 minutes and remove from heat. 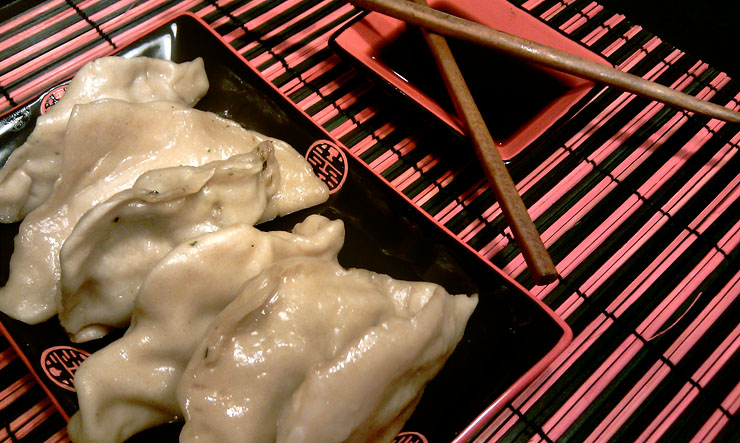 Combine the soy sauce, stock, mirin and garlic powder in a bowl.  Put the chicken in a large zip lock bag and add the marinade.  Seal tightly and refrigerate for at least two hours.  Soak the skewers in water while the chicken marinates.  Thread chicken on the skewers and grill over medium heat until done throughout. 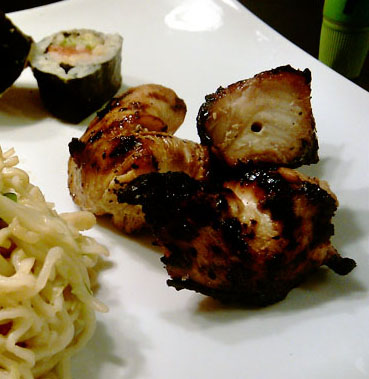 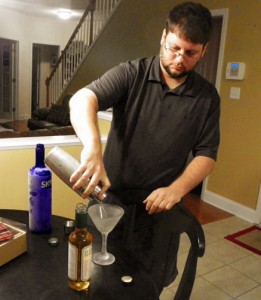 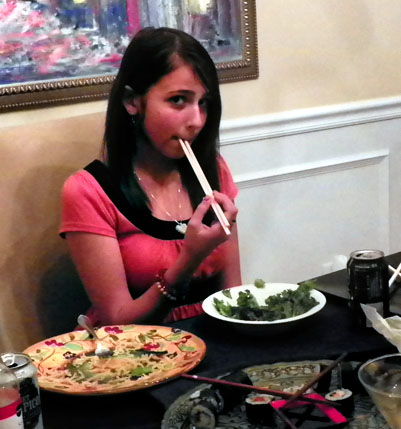 My beautiful little picky eater- but she did like the noodles! 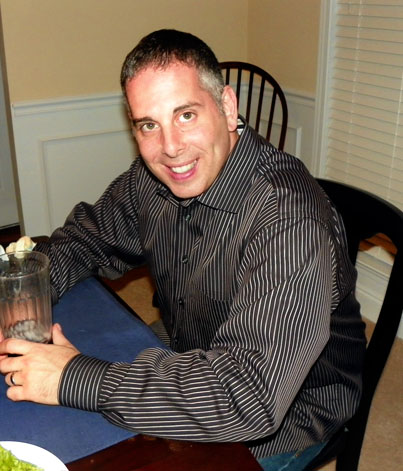 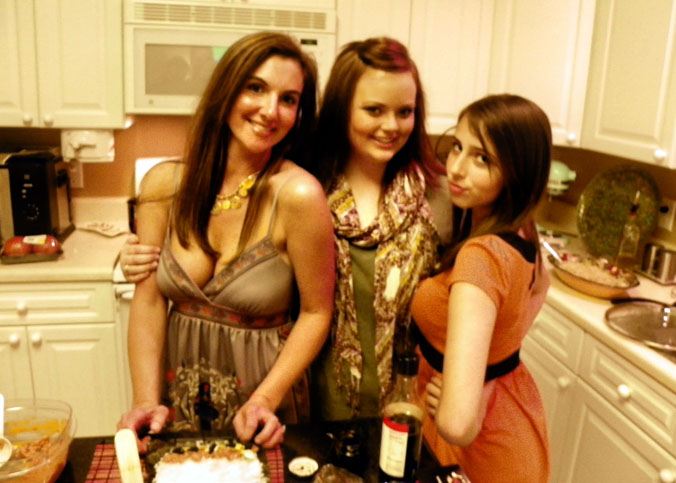 Us girls playing in the kitchen… 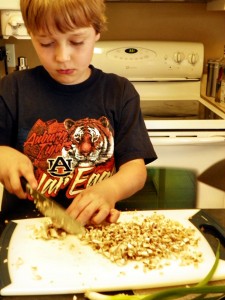 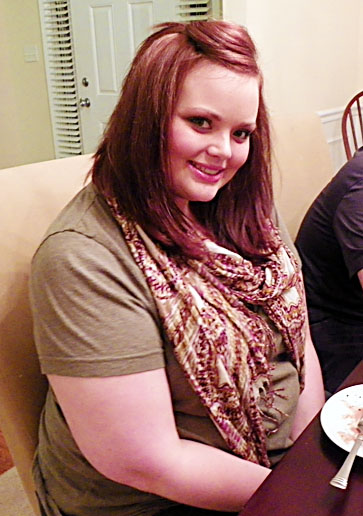 My favorite cousin, but much more like a sister 🙂 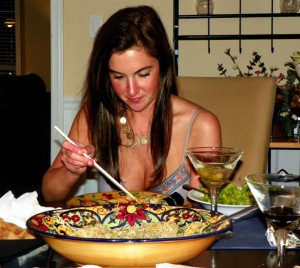 I finally get to sit down!!! 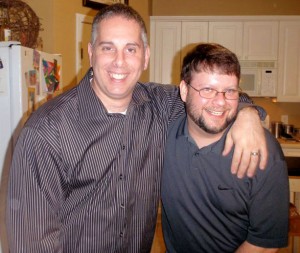 Many thanks to Foodbuzz for sponsoring this amazing dinner party!

I would like to take the time to mention the victims of last week’s devastating tornadoes here in the south.  The destruction and loss is indescribable.  There are many families currently still without power and/or water, and many homes and lives were lost.  To help with disaster relief, please go here to donate to the American Red Cross.  There are also many other organizations that are collecting donations and have set up collection sites for those that wish to give clothes, water, diapers, etc.  These families are in dire need and whatever you can do will definitely make a difference. 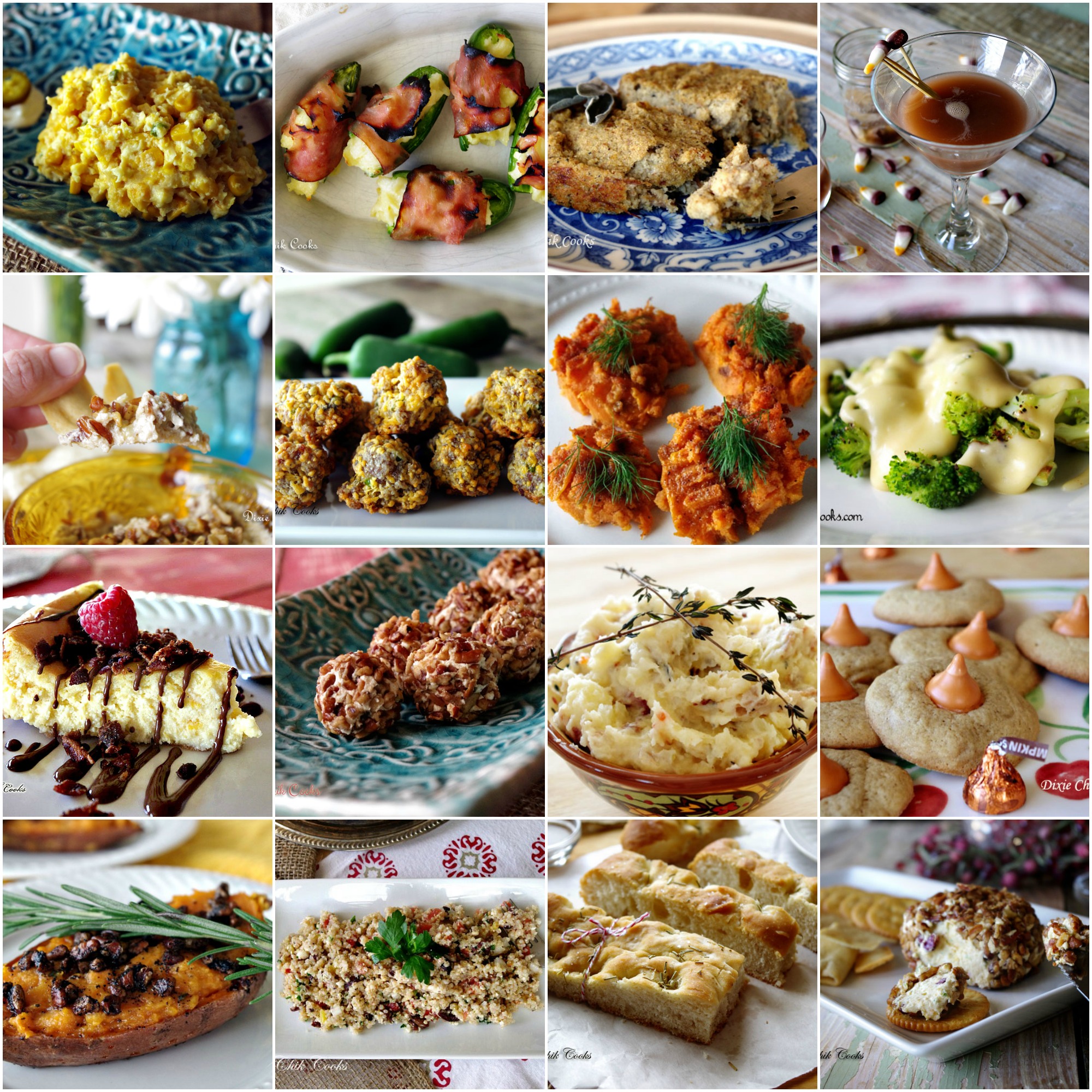 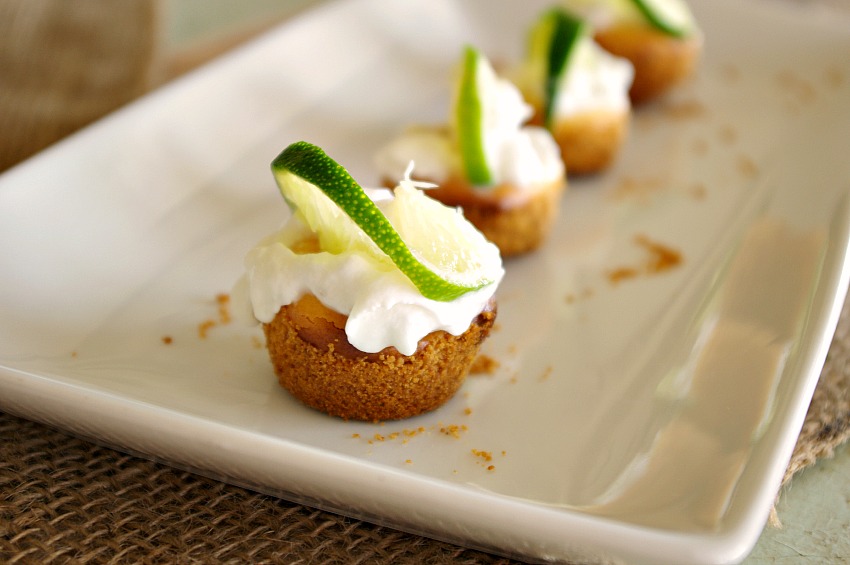